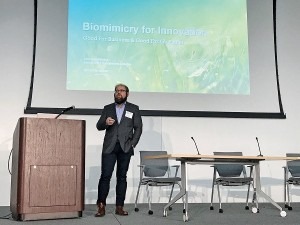 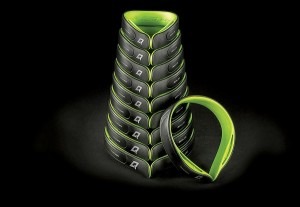 Detroit — Some 25-45% of consumer goods eventually fail in the marketplace and 95% of new products miss their sales and performance goals, according to data cited by Seth GaleWyrick, senior mechanical engineer and sustainable design specialist at Bresslergroup, a product design and development firm in Philadelphia.

To curb the high risk of product failure, GaleWyrick, who spoke at the 7 Nov Design in Plastics conference, debated the "tried-and-true" methods used by designers and engineers, offering up some organic alternatives to familiar approaches.

"Biomimicry is fundamentally about learning from biology and applying it to our own human design challenges," he said.

"What if in the 3.8 billion years between that first organism and when [humans] show up, maybe living things have got a few things figured out," he added. "Maybe there are some things that we can learn from them."

GaleWyrick drew connections between a number of modern product designs and their biological inspirations.

A hypodermic needle, for example, features multiple facets that offer convenient sharpening and, in theory, make it less painful as it slides into your skin.

"The question is: Does something else do this? And who should we ask?" GaleWyrick said. "If you went up and asked an entomologist, they could point toward structures in nature, organisms whose entire evolutionary selection is based on the ability to pierce your skin … without you noticing."

If you haven't guessed already, he's talking about the pesky mosquito, whose needlelike blood-sucking structure looks more like a reciprocating sawblade upon closer inspection.

"But that geometry as it slides through your skin actually triggers far fewer individual nerve endings," GaleWyrick said. "And so, despite what it looks like, when a mosquito bites you, you don't notice it at first."

The technology, he added, is actively being emulated and researched in the microneedle sector.

From sycamore tree seed pods and fan blades to shark skin and a synthetic surface that can inhibit bacterial growth, biomimicry also has a leading role in the prevention of concussions in athletes and military personnel.

Borrowed from the birds

Why don't woodpeckers get concussions? That was the underlying question that led to the invention of the Q-Collar concept by David Smith, a visiting research scientist at Cincinnati Children's Hospital Medical Center.

The Q-Collar is a wearable neck device that applies slight pressure to the neck — specifically, the internal jugular vein — which increases blood volume in the brain, creating a "cushion" that reduces brain movement inside the skull during an impact. The collar borrows its technology from the woodpecker.

"Every time the woodpecker strikes his head against a tree, it constricts the jugular vein," said Jamison Float, senior biomedical engineer at Columbus, Ohio-based Priority Designs Inc., which assisted with the Q-Collar's development and commercialization.

"This puts just a little bit of backflow pressure on the outflow of the blood to the brain. That outflow pressure fills up the compliant space," he added. "When filling it up just a little bit more, the woodpecker is able to reduce the amount of brain slosh that happens … and, theoretically, prevent brain injury."

Float was also a speaker at the Design in Plastics event, directly following GaleWyrick's biomimicry presentation and providing another real-life example of the "borrowing from nature" design method.

The collar is made from silicone urethane elastomer and is weather-resistant, waterproof and washable.

"I think we're all aware of the concussion problem, particularly here in football," Float said. "There are 3.8 million concussions that happen in the US every year — some more severe than others."

Q30 Innovations LLC, a research and development company in Westport, Conn., owns the licensing for the Q-Collar in the US and is continuing clinical studies on the Class II device to receive FDA approval.

In Canada, Bauer Hockey Ltd. has licensed the technology as a Class I medical device called NeuroShield.

Float said he could not disclose whether athletes in the National Football League were testing out the Q-Collar.

"The best thing we can do [in the US] is beef up the clinical data," he explained. "There are many additional clinical studies being planned for the next few years, and you'll find that those are very dependent upon the sports cycles."

The next time you catch a Carolina Panthers' game, be sure to zoom in on linebacker Luke Kuechly. The No. 59 player, who missed several games during the 2016 season due to concussions and was evaluated for another concussion in October, has been wearing something new around his neck.