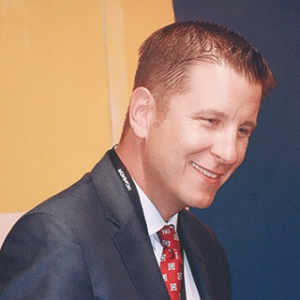 Based on story appeared in 3 July print issue of Tire Business.

"We have the opportunity to leverage our resources and our footprint to make a difference for our planet," said Bill Kopicki, director — brakes, tires and wheels for GM's global purchasing & supply chain, about his company's 15 May announcement that it is collaborating with its rubber and tire suppliers to promote environmentally sustainable NR production.

In an interview after the workshop, Kopicki said GM's sustainable NR program arises from the strong, open relationship the auto maker has with its tire suppliers.

"Not one supplier pushed back on this," he said. "We had an open dialogue, and everyone was willing to work together."

Those participating in that dialogue included Michelin, Goodyear, Bridgestone Americas and Continental Tire the Americas. Representatives of all four companies appeared with GM executives in Detroit 15 May to announce the GM sustainable rubber programme.

All of these tire makers have strong sustainability programmes, but each has its own little twists according to its corporate culture, said Kopicki.

"The issue is how we can collaborate to scale it across the industry," he said. "It's pretty powerful to stand together and say, 'We want to do something good here.' We're going from conversation to action."

Because GM buys 50 million tires a year, it is in a position to lead the industry in a programme to establish the traceability of rubber from farm to factory, Kopicki said during his presentation.

"Defining sustainable rubber, we want to make sure it doesn't come from environmentally or socially harmful places," he said. "We have to assist economic and social development for small farmers.

"We have to organise this in a transparent and traceable manner," Kopicki said. "We want to support not only the environment, but also the people."

In the interview, Kopicki said he has not spoken with other auto makers about NR sustainability but said he hopes they have similar plans.

"For us, this is not just a purchasing initiative, but an enterprise initiative," he said. "We're leveraging our entire organisation to move forward with this."

The North American International Auto Show, scheduled for Detroit next January, will be a major milestone in GM's NR sustainability plans, according to Kopicki.

"Our goal is to create a road map with requirements and guidelines by the time of the North American Auto Show," he said. "It's important at this event that we solidify a lot of the details.

"Further collaborations will be the next steps," he said. "It is very beneficial, and it makes a positive statement that we're all in this together."