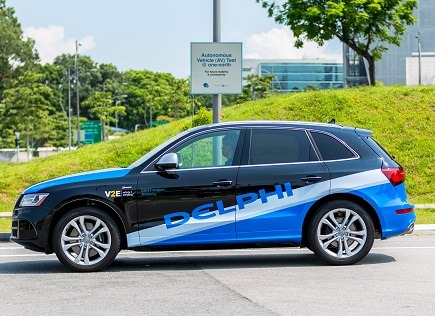 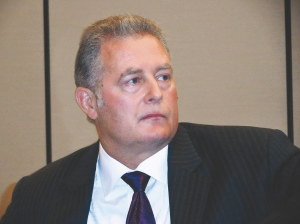 Now, autonomous vehicles (AVs) are upon us, and it's still unclear whether they will mean a utopian or dystopian future for drivers, auto makers, tire manufacturers and tire retailers, Smallwood said 20 April in his keynote speech at the 33rd Clemson University Global Tire Industry Conference in Hilton Head.

"AVs will still need tires, but the current manufacturing and distribution model will be significantly changed," he said.

Radio-controlled vehicles were predicted as early as 1925, Smallwood said. In 1957, some futurists were projecting 100-mile AV test routes by 1964 and major highway robot systems by 1975.

Stories about self-driving cars were illustrated in the 1950s by drawings of families inside their glass-domed vehicles, playing cards and board games. "I'm not so sure about the safety of those glass domes," Smallwood said.

Today, however, AVs are just around the corner, according to Smallwood. Audi said it will release this year a next-generation, fully autonomous Audi A8, and most other major auto makers say they will unveil their AVs no later than 2021.

NuTonomy, a new company spun off from the Massachusetts Institute of Technology, said it will launch a fleet of driverless cabs in Singapore in 2018, and plans to expand driverless cab fleets to 10 cities around the world by 2020, Smallwood said.

IHS projects that public AV sales will begin by 2025, and that almost all vehicles will be autonomous sometime after 2050, he said.

Safety will be the main motivation for adopting AVs, according to Smallwood. Human error accounts for an estimated 90% of vehicle accidents, which cause 1.3 million fatalities annually, 33,000 in the US alone.

"AVs don't text, don't get sleepy, don't drink or do drugs, follow the traffic laws, and don't slow down when the weather is bad," he said. "AVs don't need to be perfect, just better than us."

But there are some safety concerns with AVs, particularly with the threat of hackers, according to Smallwood. Drivers probably will have to sacrifice some of their privacy to government agencies and other authorities to guard against hacking, he said.

"Worse yet, greedy marketers will have even more data about your personal habits," he said.

AVs also present the dilemma of whether you will have the choice of driving yourself, setting the route and choosing the speed, according to Smallwood.

"Will you be setting the guidelines for what the vehicle can do, or will it be done for you?" he said.

AVs should present major economic benefits to drivers, according to Smallwood. The average cost of owning a car is $8,698 (€8,000), yet most vehicles are parked 95% of the time, he said.

However, AVs will present cost savings through increased use of Uber, Lyft and other ride-sharing services, according to Smallwood. He estimated the potential savings at $1.3 trillion annually, including $488 billion from accident prevention, $645 billion from increased productivity and $169 billion from fuel savings.

With AVs, new car sales could fall as much as 40 percent, according to Smallwood.

"Vehicle manufacturers will have to evolve to mobility providers, not just car manufacturers, in order to survive," he said.

Yet there will be hurdles to overcome for the public to fully accept AVs, according to Smallwood. It will take time for humans to adapt to letting the car drive itself, he said. Product liability will be another major problem with AVs.

"Who is responsible when an AV crashes? And they will crash," he said. Software designers, vehicle manufacturers, driver/passengers, anonymous hackers and the cars in the communication chain could all be held at fault, and no-fault insurance may be the only solution, he said.

With AVs, cars will become a more utilitarian product with dwindling brand preference, and tires will follow that path, according to Smallwood.

The cost of AV technology will fall quickly, making it universally affordable, according to Smallwood. Commercial vehicles will switch to complete automation as quickly as possible, except possibly for delivery vehicles.

"Somebody has to take the packages to the door," he said.

The biggest obstacle to commercial AVs will be labour unions, which will fight their adaptation to save the jobs of commercial vehicle drivers, Smallwood said.