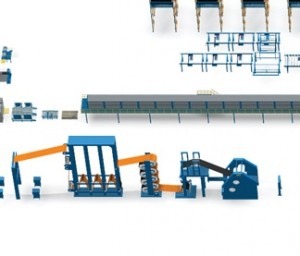 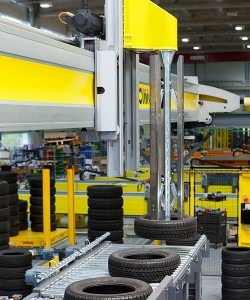 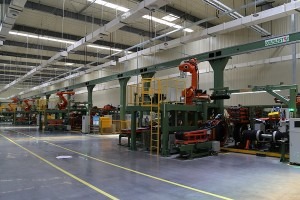 Article from the annual ERJ China Tire Report 2016, published as a supplement in the July/August issue of European Rubber Journal magazine:

China’s tire sector is at a critical juncture. In 2015 major tire makers in the country had a 14-percent drop in revenue, a 23-percent drop in profit and a 16-percent drop in export delivery value – a level of decline unseen over the past three decades. The worldwide economic slowdown, China’s shrinking demographic dividend and the ongoing US anti-dumping investigation are adding to the dire situation.

“Our aim is to raise revenue per capita by 150 percent, double the profit margin-rate and raise the ‘informatisation’ rate to 90 percent,” said Fan. “Employee headcount will be reduced by a third, although a larger base of executives is expected for better management.”

Sentury, a bellwether in such transformation, already has two smart plants in operation. One, at its Qingdao site, started production in 2014 and claims to be China’s first Industry 4.0 tire plant. It has 5 million* unit passenger car tire annual capacity and received nearly €90 million investment.

The company has also pumped €350 million into its high-performance passenger car tire plant in Rayong, Thailand. It has 12 million unit annual capacity planned with a total area of 220,000 square metres.

With manufacturing and monitoring equipment from the world’s leading suppliers, such as Finland’s Cimcorp and Germany’s Krupp, the two plants have realised fully automatic manufacturing for processes from mixing to curing, and are able to raise single-machine production by 50 percent with a 99.8 percent product acceptance rate. The workforce is reduced by 75 percent and construction area cut down by 50 percent compared to the company’s standard facilities.

The Thailand plant produced its first tire last August and is expected to reach 30,000 tire/day capacity in June. With optimised design, the distance between raw materials and end products at the Thailand plant is only half of that in traditional plants, saving costs in construction and logistics.

Its automated storage and retrieval system (ASRS), expected to have been completed this May, is claimed to be the most advanced such system among China’s tire makers, with 50 percent more storage capability compared with traditional storehouses of the same area. The 40-metre tall ASRS covers less than 20,000 square metres and can handle 36,000 tires a day.

“There are cultural differences between China and Thailand or other south east Asian countries, where employees often come in later or leave early and dislike overtime,” Lin added. “Although labour costs are lower in those countries, automated production is still a necessity.”

The most advanced automation equipment doesn’t equal smart manufacturing, Lin noted. With the help of Sentury’s “smart management system,” a curing press can finish an average of 660 tires during a shift, compared with 500-550 tires with the same machinery at other tire makers’ plants.

Sentury’s smart management system covers a wide range of systems such as PLM, ERP and MES. The company has developed a mobile app that allows executives to track the real time operational status of each machine, including capacity utilisation rate and product acceptance rate. The app also notifies maintenance personnel when a machine is malfunctioning.

“In our future factories, most of the equipment – or the essential equipment – will be manufactured on our own,” said Chai Yongsen, chairman and president of Doublestar Group. “And we’ll integrate those we can’t make into the system.”

Chai describes standardised product modules as the foundation of smart manufacturing – the only approach to guarantee timely delivery of products with consistent high quality.

One is for truck and bus tires, using machinery jointly developed with HF or Siemens, such as hydraulic truck-tire curing press, and built completely to a German design. The other is a relocation and upgrading project for older facilities from Doublestar’s existing plant. The two plants’ annual capacity will reach 5 million truck and bus tires, 10 million passenger car tires and 100,000 off-the-road tires when in full operation.

The first new facility will be able to quadruple productivity; the upgraded plant to double it. “We plan to lower the cost of our new plants to the level of Industry 3.0 or 2.0 plants in three years’ time through the reduction of workforce,” said Chai.

(*Figures based on information from external media sources)