Analysis: Is KraussMaffei a good fit for ChemChina? 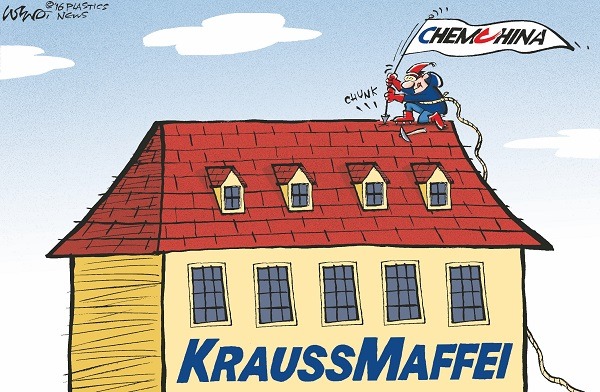 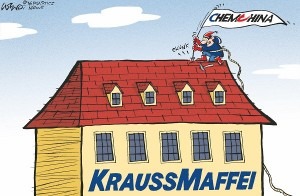 Detroit, Michigan – Deep pockets, big appetite and a fierce focus on overseas expansion. That sums it up for China National Chemical Corp. (ChemChina) and its ongoing worldwide acquisition spree.

In addition to the $1 billion KraussMaffei deal, state-owned ChemChina also recently snapped up Italian tire maker Pirelli & C. SpA. for about $7.7 billion. Outside the polymer business, ChemChina also reportedly made a $44 billion bid for Syngenta AG as recent as last month.

The mastermind behind all this is ChemChina Chairman Ren Jianxin, a 58-year-old “merger king” as dubbed by Chinese media.

But Ren has long been open about his vision and direction for the company. “By 2020, ChemChina will form a ‘3+1’ industrial pattern, including material science, life science and environmental science, [plus basic chemicals,] and aim to become a group with strong international competitiveness,” Ren said in the Chairman’s Mission Statement on ChemChina’s website.

It appears that Ren first introduced the “3+1” strategy in 2010 and has been sticking to that rhetoric.

Where would the existing chemical equipment business fit into the future? If it’s not one of the “3+1” focuses, why make a high-profile global expansion like KraussMaffei — so far the largest Chinese takeover of a German firm — to significantly strengthen it?

Just to put things in perspective, ChemChina overall owned total assets of 272 billion yuan as of the end of 2014. Shareholder’s total equity came in at 50.4 billion yuan ($7.6 billion). In other words, the machinery/equipment business is a rather small fraction of its portfolio, about 2 percent.

The annual report didn’t provide further details about the operation of the machinery/equipment business.

CNCE states on its website that its strategy is to become a “globally renowned chemical machinery and rubber machinery provider in three to five years.” With KraussMaffei, it will certainly get a boost in the global plastics machinery arena.

ChemChina also has other, smaller, machinery-related assets, including publicly traded Tianhua Institute of Chemical Machinery and Automation Co. Ltd., which makes single-screw and twin-screw extrusion machines, among a broad range of products. Tianhua said its business has some overlapping with KraussMaffei’s — extrusion and reaction process technology, to be exact, but ChemChina has put in place a non-competition agreement.

While we don’t know where Ren is fitting KraussMaffei into his “3+1 platform” blueprint, the international aspect of the deal is very much aligned with his global focus.

With its “merger king” boss and a mission to gain “strong international competitiveness,” ChemChina has been shopping overseas businesses from the outset, acquiring Australia’s only polyethylene maker Qenos Pty. Ltd., the silicone and sulphide business of Rhodia, among others.

Just like the Pirelli deal, one of the key things the industry is watching is whether ChemChina will grant KraussMaffei much freedom and autonomy in operation.

In that same April 2015 interview, he called Pirelli’s then chairman, 67-year-old Marco Tronchetti Provera, his “role model,” “a teacher, an older brother and a friend.” Provera resigned in October and was replaced by Ren.