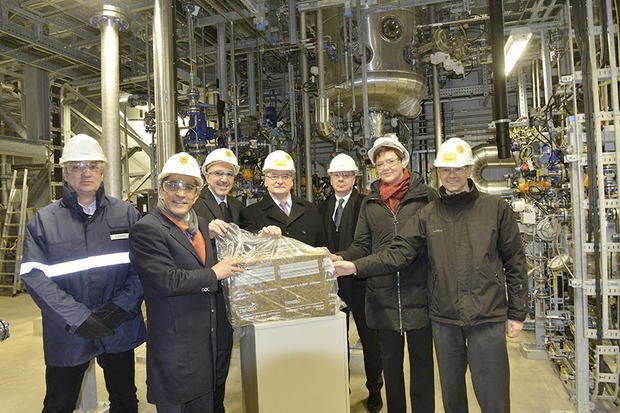 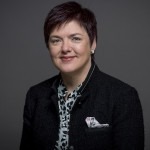 With the start-up of a new SSBR pilot plant, materials supplier Trinseo wants to get closer to customers, a senior executive tells Shahrzad Pourriahi

Trinseo is hoping that its newly commissioned solution styrene butadiene rubber (SSBR) pilot plant in Schkopau, Germany will help it ring the changes in the market.

The large-scale pilot plant has all the complexity of a commercial plant, according to Sandra Hofmann, director of technology & innovation at the synthetic rubber supplier.

“We can produce polymers in volumes ranging from hundreds of kilos up to multi-tonne quantity,” Hofmann told ERJ at the recent Tire Technology Expo in Hanover, Germany. “You can build quite a few tires with the innovative products that come out, already early in the Validation phase,” she explained.

The pilot plant is located close to the SSBR trains and uses key raw materials from the nearby production plants, producing batch SSBR.

“We’ve been combining our R&D and [other] resources of the synthetic rubber business under one umbrella,” continued Hofmann.

This, she said, covers everything from synthesis of small molecules through to implementation work at customers, an allows Trinseo to form multi-disciplinary teams.

“The whole purpose of this is to become faster”, said Hofmann, noting that the tire industry has historically been rather slow to change, and still lacks much of the openness and transparency seen in other industries.

In order to speed up new solutions, Trinseo aims to become an “outside-in” organisation.

“This means our customers should become closer. They should see their suppliers as partners,” said the technology director.

Trinseo, said Hofmann, is trying to include its customers into its development process – treating them as ‘validation partners’. A ‘missing-link’ in the company’s innovation strategy was “product quantity”, which Hofmann expects will be answered by the opening of the pilot plant.

“With the plant, we can do the application-development ourselves and provide technology packages to our customers on how to use a product,” she added.

Hofmann went on to note the increasing number of new and innovative materials being introduced to the market – with very few of them having a chance for application.

“In the Tire Tech conference this year, for instance, there are roughly 30 presentations about raw materials… But then all of these materials may not result in a compound. So, addressing processability challenges is a key theme for the future,” she stressed.

To address this, Hofmann believes that her company needs to move away from being solely a polymer supplier and think “solutions”.

Hofmann also highlighted the importance of taking customer feedback on board, citing an example from when the company was developing its home-grown neodymium butadiene rubber (Nd-BR) technology.

In 2014, Trinseo announced plans to convert its nickel butadiene rubber production train in Schkopau, Germany to manufacture Nd-BR. But there was a change-of-plan.

“If you look back, Trinseo at one point was announcing that it was converting to neodymium. But what was interesting is that our customers had good applications for our old nickel technology,” she said.

Nickel, in terms of application, is on the opposite end of neodymium. It is good for processability, i.e. it can take up a lot of filler content, which is good for inner parts of a tire, whereas with neodymium predominantly other areas of a tire such as tread or sidewall are involved where wear resistance or dynamic performance are addressed.

So, the decision was to turn the unit to a swing train where high cis BR made via both catalyst technologies could be produced, with a nameplate capacity of 30ktpa.

The transformation of the plant into swing capability was completed in November last year.