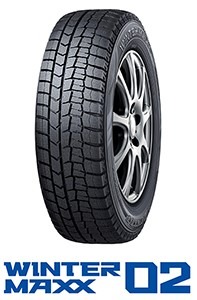 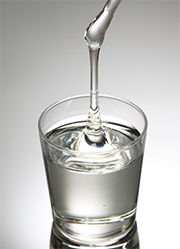 Tokyo — Speciality chemicals producer Kuraray Co. Ltd. has developed a reactive liquid rubber that it claims can be used in tread compounds to enhance the ice-grip performance of winter tires.

The material, liquid farnesene rubber (LFR), is described as a diene monomer developed in partnership with U.S. biotech company Amyris Inc. through the fermentation of sugar cane.

Sumitomo Rubber Industries Ltd. (SRI) is using the material as a performance-enhancing additive in a studless winter tire, the Dunlop Winter Maxx 02, that it's marketing in Japan, where the use of studded winter tires is highly restricted.

When used as an additive in rubber compounds, LFR shows high plasticity while still maintaining "excellent flexibility even at low temperatures and improves ice grip performance," the company added.

"Due to its optimal molecular weight," Kuraray said, "LFR reacts completely with solid rubber during vulcanization, meaning, unlike an oil — which would migrate to the rubber's surface over time and thus impede hardening — it stays bonded. Therefore, its ice-grip performance is maintained over the long term."

Sumitomo has applied for a patent on the use of LFR in tire compounding for a studless winter tire.

While Sumitomo has demonstrated the viability of this application, Kuraray is looking beyond tire applications for this unique material, according to Erich Klein, elastomers business unit marketing manager for Kuraray America Inc.

"We're thinking sealants, adhesives, potentially," he said, "but our primary focus at this point, and the natural fit, has been with tires."

Kuraray is in full production of LFR and is increasing production at its Kashima, Japan, facility to meet demand, Klein said.

Kuraray has been working with companies besides SRI in Europe, Japan and elsewhere in Asia, making tires using LFR. Samples are available to the market with a non-disclosure agreement and more potential products using LFR are on the way, Klein said.

"There's more development ongoing that we can't share at the moment," he said.

LFR is the result of research Kuraray undertook in partnership with Amyris, an industrial bioscience company located in Emeryville, California. Amyris used genetically engineered yeast cells to convert plant-sourced sugars such as sugarcane into target molecules, Kuraray said. One of the target molecules is b-farnesene, a renewable monomer also used to create Kuraray's HSFC.

"Some of those molecules are used in biodiesel and fragrances. They're used in vitamins, and in a number of different applications," Klein said. "They produce farnesene, which we then use to produce a grade of liquid rubber, which gives us very unique properties."

Because of LFR's branched structure, it shows some differentiation from conventional monomers, such as isoprene or butadiene, Ozzy Yoneji, elastomers business unit sales representative at Kuraray America, said. Its viscosity is completely different from those monomers because it has less entanglement.

"As a rubber compounder, that's important because lower viscosity means easier to process and potentially no need for other plasticisers," Klein said.

Compared with liquid isoprene or liquid butadiene rubber, LFR has a higher reactivity, which could cut down on production time, Yoneji said.

"It has a very fast reactivity, so it's easier to vulcanize, which is cost-saving for the customer," he said.

LFR also could contribute to lower rolling resistance in a compound, Klein said.

LFR could be used for applications as a replacement for resins and oils, such as soft bead filler, the under-cushion, under-tread and tread of the tire, because of the good plasticizing effect, less or no migration and low tan delta, he said.

LFR-107's performance in icy conditions also has been confirmed by other tire companies, Klein said.