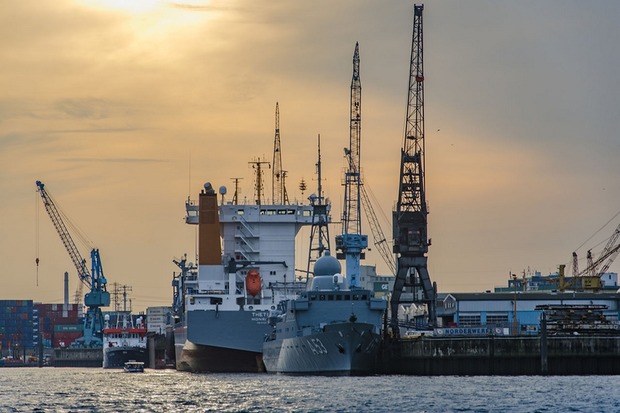 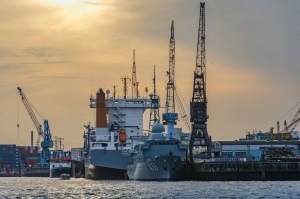 Trump, during a meeting with steel executives Thursday in the White House, said he plans to announce tariffs of 25% on steel and 10% on aluminium from all countries.

"We'll be imposing tariffs on steel imports" and "on aluminium imports," Trump said during the meeting. "Some time next week we'll be signing it in. And you're going to have protection for the first time in a long time."

One person close to the president earlier said the details of the decision may still change, and it's possible some countries may be granted exemptions.

"Our steel and aluminium industries (and many others) have been decimated by decades of unfair trade and bad policy with countries from around the world," Trump said in a Twitter posting Thursday. "We must not let our country, companies and workers be taken advantage of any longer. We want free, fair and SMART TRADE!"

The decision is a defeat for the auto industry, which had been urging the president not to follow through on recent Commerce Department recommendations to limit steel and aluminium imports, arguing that measures intended to shore up US material producers would end up undermining the competitiveness of the domestic auto industry.

The Detroit 3 say the proposed combination of tariffs and quotas would raise their costs, even though most of the raw materials are obtained in the US, while suppliers say they must rely on imports for specialty products and should be exempted from the proposed limits.

"We are concerned with the unintended consequences the proposals would have, particularly that it will lead to higher prices for steel and aluminium here in the United States compared to the price paid by our global competitors," the American Automotive Policy Council, which represents Fiat Chrysler, Ford Motor Co., and General Motors, said in a statement before Trump's decision.

Steel and aluminium users can seek exclusions from the tariffs and quotas if they can make the case that there isn't enough US production capacity or the right product to meet their needs. But the supplier industry says it doesn't want individual companies to have to go through a burdensome government process and face interruption to their supply chains, especially with specialty materials and components.

Auto makers contacted by Automotive News had downplayed the potential effect of the proposed import limits on their operations, saying they use very little imported steel and aluminium. Ford sources 95% of its steel and 98% of its aluminium from domestic mills, spokeswoman Christin Baker said. The company is a large buyer of lighter-weight aluminium, which it began using in recent years in body panels for F-series pickups and large SUVs.

The vast majority of Toyota North America's steel and aluminium purchases come from North America, and most of that is from the US, spokeswoman Karen Nielsen said. She declined, citing competitive reasons, to provide details on what types of specialty steel Toyota imports.

The investigations leading up to the Commerce Department recommendation were conducted under a rarely used trade authority designed to protect industries that are important to national security, including those that support the military and infrastructure. The department noted in its findings that the US imports nearly four times as much as steel as it imports, and that global steelmaking capacity has more than doubled since 2000, while US capacity has shrunk.

In particular, the department cited overcapacity in China, the world's No. 1 steel producer, whose "excess capacity exceeds the total US steel-making capacity."

As a remedy, the Commerce Department proposed that steel imports be subject to a 24% global tariff, with options for a 53% tariff on steel from a dozen countries or a quota equal to 63% of each country's 2017 exports to the US

The recommended tariff for aluminium was 7.7% for all imports, with options for a 23.6% tariff on products from China, Hong Kong, Venezuela and Vietnam, plus quotas that would slightly reduce or maintain imports at 2017 levels.

Nicole Bivins Collins, who heads the international trade and government relations practice at Sandler, Travis & Rosenberg, said in a company webinar that she expects retaliation by other countries against US exports.

"They may hurt not only US manufacturers and farmers exporting to those countries," she said, "We may also impact downstream [companies] who are using steel and aluminium," such as construction firms.

Opposition to the tariffs emerged quickly.

"These proposed tariffs on steel and aluminium imports couldn't come at a worse time," Cody Lusk, CEO of the American International Automobile Dealers Association, said in a statement. "Auto sales have flattened in recent months, and manufacturers are not prepared to absorb a sharp increase in the cost to build cars and trucks in America. The burden of these tariffs, as always, will be passed on to the American consumer. Car shoppers looking for a deal will instead find that they are paying a new tax to transport themselves and their families."

"The 25% across the board tariff on foreign steel is ill advised and naïve," Tadaaki Yamaguchi, Chairman Japan Steel Information Center, said in a statement. "Rather than saving American jobs it will destroy many tens of thousands of good, well-paying manufacturing jobs from steel consuming industries. It will inevitably invite retaliation from America's most reliable allies, ultimately hurting American non-manufacturing industries as well."

The US president has been considering a range of options to curb imports of steel and aluminium, after the Commerce Department concluded shipments of the two metals hurt US national security.

The US move may provoke retaliation from China, the world's biggest steel and aluminium producer, at a time when President Xi Jinping's top economic adviser, Liu He, has been dispatched to the US in attempt defuse tensions. China already has launched a probe into US imports of sorghum, and is studying whether to restrict shipments of US soybeans—targets that could hurt Trump's support in some politically important farming states.

"Trade measures on specific sectors or countries usually don't have a major impact on overall global trade," said Chua Hak Bin, a senior economist at Maybank Kim Eng Research in Singapore. "The danger is if affected countries, like China, Korea and Mexico in this case, choose to retaliate with even stronger countermeasures, but we think any retaliation will likely be calibrated and measured as no country wants this to spiral into a major trade war."

While China accounts for just a fraction of US imports of the metals, it's accused of flooding the global market and dragging down prices.

"The United States has over-used trade remedies and it will impact employment in the US and the interests of US consumers," Chinese Foreign Ministry spokeswoman Hua Chunying said. "China will take proper measures to safeguard its rights and interests."

The decision may also harm relations with key allies including Canada and Mexico, which are already locked in discussions over US demands to change the North American Free Trade Agreement. Canada is the biggest foreign supplier of US steel.

The European Union has suggested such an action by the US would face a legal challenge at the World Trade Organization. At home, consumers could see price hikes for everything from cars to beer cans that would be triggered by tariffs.

Defense Secretary James Mattis had lobbied the president for targeted options on steel, warning that sweeping measures could undermine US relations with its allies. European officials have argued that it doesn't make sense to penalize members of the NATO defence alliance in the name of security.

Trump was under pressure from lawmakers in his Republican party to soften the blow on foreign steel. Businesses from beverage firms to auto makers have warned a crackdown could raise prices in their industries and cost jobs. However, US steel producers and workers have called on Trump to defend their industry as it grapples with the effects of overcapacity in China.

The decision may play well in Rust Belt states such as Pennsylvania and Ohio that Trump won after promising a tougher approach to trade.

US rhetoric appears to be getting more aggressive going into the midterm elections, though Beijing still has plenty of ways to hit back, according to Dwyfor Evans, head of Asia-Pacific macro strategy at State Street Global Markets in Hong Kong.

"On financial assets, let alone trade, the Chinese can turn around and basically spook the Americans," Evans told Bloomberg Radio Thursday. "The Chinese can always rebound with a comment that they own a hefty amount of US Treasuries they can obviously withdraw."