Opinion: Natural rubber now a critical material for the EU 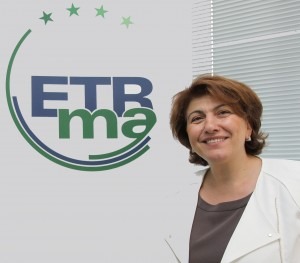 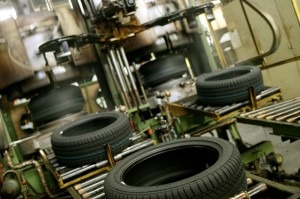 In September, the European Commission listed natural rubber as an EU ‘critical raw material”, bringing new attention to the sustainable supply of the material.

A ‘critical raw material’ is one with high risk of a supply disruption and at the same time, with high economic importance to the EU economy.

In the wake of the decision, ERJ spoke to secretary general of the European Tyre and Rubber Manufacturers’ Association (ETRMA), Fazilet Cinaralp, who welcomed the move as helping to strengthen the competitiveness of the European rubber industry.

“To begin with, one needs to understand what this list of ‘critical raw materials’ is about. This is part of a strategy initiated by the European Commission back in 2008, called the European Raw Materials strategy,” explained Cinaralp.

This is where the commission tries to identify the raw materials on which Europe will be dependent, and which are under pressure or are under-tapped within Europe.

The move was part of a strategy to secure supply of those materials for European manufacturers and the first list was produced in 2011, scheduled for review every three years.

According to Cinaralp, in 2013, the Commission asked to look at natural rubber’s case for a number of reasons.

“Two important elements are considered: the first was the economic importance. In the case of natural rubber, 94% of global output comes from south east Asia, and mainly from four countries: Thailand, Indonesia, Vietnam and Malaysia,” she said.

“At the same time, consumption growth 2010-2020 is expected to be centred in Asia and in particular China, where demand is forecast to reach 6.4 million tonnes in 2020 compared to 3.6 million tonnes in 2010. Indian demand is projected at 1.9 million tonnes by 2020 thus becoming the second biggest consumer of NR in the world,” said the ETRMA secretary general.

In addition to that, natural rubber comes from the Hevea tree, which is a unique source for the global industry. This material is used mostly by a single industry: the tire industry, which consumes more than 75% of natural rubber supplied to Europe.

“The answer to that,” said Cinaralp, “is ‘no’. Otherwise it would have been replaced by synthetic rubber already.”

Asked then about the significance of the listing, Cinaralp said: “First of all, it generates a positive political attention from the European institutions. I think this is important and can contribute to measures such as negotiating free trade agreements – to challenge trade-distortion measures – and to sustainable partnerships, in Africa for instance where there may be more potential for tapping.”

Another major factor comes back to the fact that Europe is 100% dependent on imports for the material.

“We can either source some locally, or more importantly, make sure that the source is not going through ‘unforeseeable’ conditions,” Cinaralp pointed out.

And this brings up the question of working on alternatives to conventional natural rubber, such as dandelion- and guayule-derived materials.

According to the ETRMA boss, there are “indeed possibilities” in Europe, with several active programmes in this area within the EU.

“We, as the tire and rubber industry, have made several commitments while there are individual initiatives going on as well,” she noted.

Asked whether the listing of NR on the European critical raw materials list would lead to increased EU funding for such initiatives, Cinaralp was positive.

“There are European plans for some projects which will be considered an absolute priority. So the answer is yes, it is possible,” said Cinaralp, noting that the search for alternative sources of natural rubber is in line with issues of sustainability in Europe.

“These are all signs that natural rubber is getting the right attention from European institutions,” the ETRMA leader concluded.