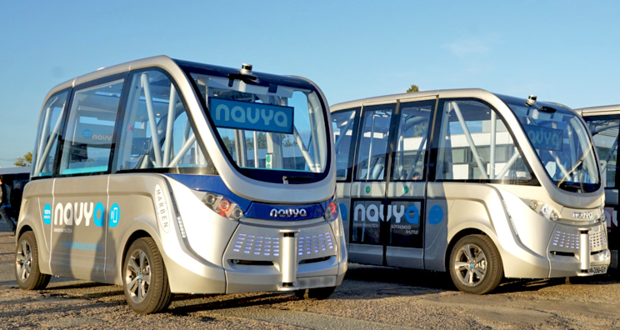 Paris – Michelin is to supply its Acorus flexible-wheel technology for the production of driverless electric city shuttle buses in London.

The shuttles, produced by French autonomous vehicle maker Navya SAS, have already been in use in Lyon, Las Vegas, Singapore, Sydney and Paris, Michelin said 10 Jan.

Lyon-based Navya has supplied 60 autonomous buses to the cities since September 2015 and is now set to supply the vehicles to the city of London.

To address the issue of defects and obstacles on the road, Navya approached the French tire-maker.

Michelin suggested the Acorus flexible wheel technology, which is already industrialised and was developed in partnership with Maxion Wheels.

Maxion and Michelin unveiled the technology in September.

The wheel, which incorporates flexible rubber flanges, is designed to absorb impacts from potholes and curbs and so improve ride and comfort.

Acorus is compatible with all tires on the market, according to Michelin.

The design, it said, comprises an alloy rim that is narrower than normal, two rubber flanges and an optional cosmetic insert to protect the alloy wheel.

According to the tire-maker, the vehicle is expected to be on the roads by the third quarter 2018.

The cab can take up to six passengers and drive at speeds of up to 90km/hour.