A. Schulman might again be looking for a buyer 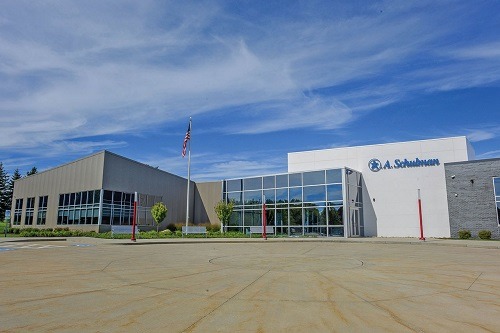 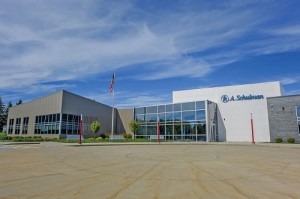 The news is not a surprise to analysts who follow the publicly traded compounder and resin distributor.

Kevin Hocevar, a market analyst who covers Schulman for Northcoast Research in Cleveland, said his firm has considered a sale of Schulman a possibility since CEO Joseph Gingo returned in 2016.

Hocevar said in an email that a sale could make sense since Schulman has no clear succession plan, but he added that "the biggest obstacles" to a sale are the firm's high debt load and a lawsuit related to the $800 million acquisition of Citadel Plastics.

Both of those issues could be overcome by potential buyers, according to Bill Ridenour, a financial consultant who's worked with Schulman on several deals.

"There's a lot of fixing that can be done, so Schulman might draw interest from major private equity firms or strategic buyers such as resin companies," said Ridenour, owner of Polymer Transactions Inc. in Foxfire, N.C.

"Ultimately, any board of directors has a responsibility to shareholders," he added. "At Schulman, they've explored a number of possibilities and now are looking at a sale."

Late last year, Schulman performed a comprehensive review of its operations with Citigroup's Citibank unit. That review considered all possibilities, including the potential sale of the firm. After the review, Schulman officials decided to move ahead with its existing businesses.

"Citi did a good job for us," Gingo said in November. "As a bank, they were able to vet our numbers and projections in terms of our own business and our end markets.

"They looked at our numbers and refined our growth," he added. "That tempered our optimism a little. Now we can re-set the company."

Schulman officials have described fiscal 2017 as "a reset year," as the firm works to overcome financial shortfalls caused by its $800 million purchase of Citadel Plastics. Schulman is seeking damages from Citadel's former owners over faulty product data. Those issues led to the ouster of CEO Bernard Rzepka in late 2016 and to the return of Gingo, who had led the firm from 2008-2014.

But the firm has continued to struggle in fiscal 2017, and in July significantly lowered its adjusted profit guidance for the year.

In September, Schulman expanded its board of directors and appointed plastics veteran William Joyce as senior adviser. The appointments were part of an agreement with New York investors Cruiser Capital LLC and Kingdon Capital Management LLC Crusiser and Kingdon combined own almost 10 percent of Schulman common stock.

Joyce spent more than 40 years with Union Carbide Corp. and was the firm's CEO in 1999 when it was acquired by Dow Chemical Co. He holds an interest in Joyce Trusts, which owns more than 2.5 percent of Schulman common stock.

Joyce will serve as senior adviser to the board and as an adviser to the company for a two-year term. The other two new board members are manufacturing veteran Carol Eicher and chemical and financial pro Allen Spizzo. Cruiser and Kingdon have agreed to vote in favour of the slate of nominees recommended by the board at the 2017 annual meeting.

Gingo said in November that his plan was to stay through his two-year contract, which ends in August 2018, and possibly stay on a year after that to help the firm transition to a new CEO.

Schulman posted sales of $2.5 billion for fiscal 2016. The firm ranks as a leading compounder and concentrates maker in both North America and Europe, and as one of Europe's leading resin distributors as well.