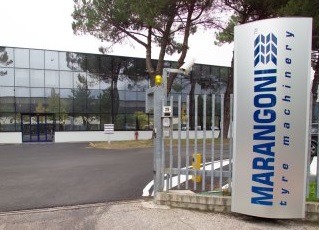 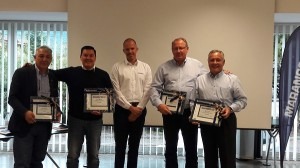 Rovereto, Italy –  Marangoni has announced a new role for Gianluca Merlo, who besides managing the company’s plant at Rovereto, takes on the responsibility of ‘operations Italia’, thus also managing the plant in Ferentino.

Human resources of the entire group will from now on be managed by Michele Bergese, the group added in a statement that also highlighted a number of staff changes and milestones at Marangoni.

The changes include the recent appointment of Martin Kalagin as the new head of the central technical service of the company's Retreading Systems business unit.

Marangoni also recently presented special certificates to four “long-standing” employees of the company: Roberto Santorum and Mike Carter, who have been with Marangoni for 40 years; Luciano Meta, for 30 years; Christian Asmuth, for 25 years.

The Italian group has also marked the retirement of engineer Giuseppe Ferrari, who, at the start of the year, “stepped down in favour of  Christoph Frost to manage Indirect Retreading EMEA.”