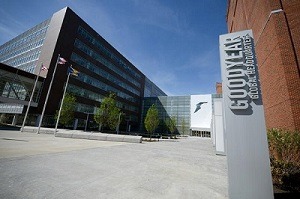 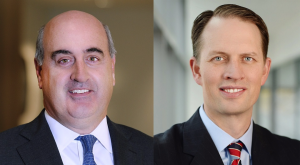 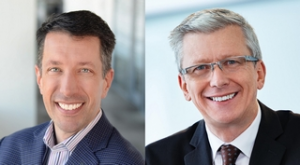 Akron, Ohio — Goodyear named new leaders for its European and Asia business units, changes that in turn will elevate Scott Rogers to president of the North American consumer business unit.

Ryan Patterson will succeed Delaney as president of the Asia Pacific business unit, and Rogers, chief marketing officer for the North America consumer business since 2009, is succeeding Patterson.

Goodyear Chairman and CEO Richard Kramer called Delaney, Patterson and Rogers "proven Goodyear leaders" and said their filling these key roles "will enable us to further execute our strategy, deliver on our business objectives and create sustainable value for our shareholders."

Delaney, 56, has been president of the Asia Pacific business since joining the company in 2015. During that time, the business delivered record results and increased the value of the brand, Goodyear said. Among his accomplishments was expanding the footprint of Goodyear retail outlets across China.

Patterson, 43, has been president of the North America consumer business since September 2014. Goodyear credits him with developing the North American unit's "aligned distribution model," which has helped Goodyear become a better supplier.

He began his Goodyear career in 2002 in Latin America and has been part of the North America leadership team since 2008, first as finance director, consumer, and then in 2012, as vice president, consumer operations and customer development.

Rogers, 48, has been the chief marketing officer for North America since joining Goodyear in 2009. Throughout the past few years, he has taken on additional responsibilities, including overseeing company-owned retail stores and the racing tire business.

Kramer said Kihn has had influence on all parts of Goodyear's operations, from regional businesses and product business units to technology and innovation. He joined the company in 1988 at the technical centre in his native Luxembourg.

Among his R&D assignments in the 1990s were commercial truck tire development, first for Latin America in 1994 and later for Europe, Asia Pacific and Africa in 1996. In 2005, he became the general director of the company's technical centre in Akron and was named senior vice president and chief technical officer three years later.