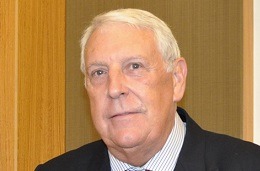 London – A new tire-compliance scheme in the Republic of Ireland could “seriously distort end-of-life-tire recovery and recycling efforts” both in the UK and Ireland, the UK’s Tyre Recovery Association (TRA) has warned.

Due to come into effect on 1 Oct, the Irish scheme proposes fixed up-front ‘recovery’ costs on all new tires imported into the Republic: €2.80 for a car tire, €11 for a truck tire, all plus 23% VAT.

All importers of tires into the Republic will need to register with the government-appointed scheme operator.

These figures, according TRA, are “far higher” than UK market-based rates.

According to Peter Taylor OBE, TRA secretary general, the open border between Northern Ireland and the Republic of Ireland “will inevitably lead to market distortions and widespread malpractices given the very significant differences in recovery costs between these two parts of Ireland.”

Stating that similar concerns were shared by many Irish tire businesses, Taylor said the approach “will likely lead to widespread abuse and… may well encounter difficulties in ensuring that all of the several hundred tire brands in circulation will comply.”

Expressing dismay that a “simpler more market-based” approach which was compatible with the neighbouring UK was not devised, Taylor warned that TRA feared “chaos”.