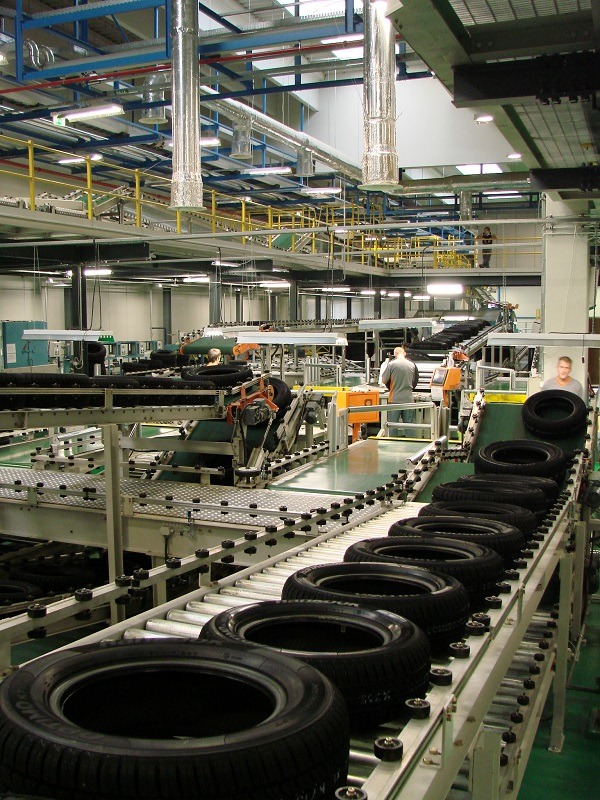 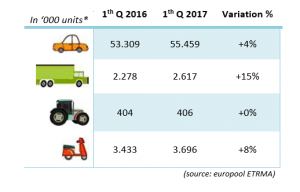 Brussels – The replacement tire market in Europe has had a strong start to 2017 with first-quarter improvements in almost every segment.

According to the latest quarterly report from the European Tyre and Rubber Manufacturers’ Association (ETRMA), sales of passenger car tires reached 55.4 million units in the three months to 31 March, 4% higher than in the same period in 2016.

The highest growth was in the truck & bus radial (TBR) market, with a 15% year-on-year rise to 2.61 million units.

Replacement agricultural tires bucked the trend of the previous year, albeit at a slow rate. The market showed a slight improvement from 404,000 units in 2016 to 406,000 units in this year’s first quarter. This segment saw a 6% drop in sales, to 1.4 million units, throughout 2016.

Motorcycle and scooter tire sales rose 8% year-on-year to 3.7 million units during the first three months of 2017.