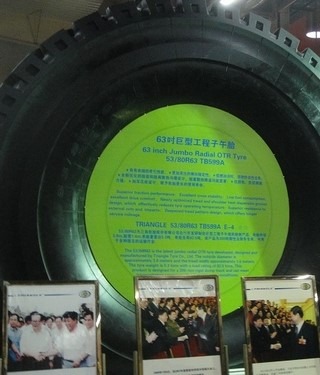 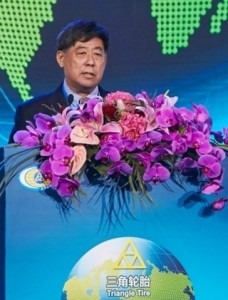 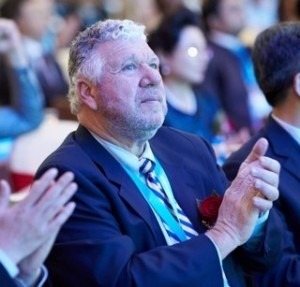 Weihai, China – Triangle Group Co. Ltd., the second largest tire manufacturer in China and 15th largest worldwide, is aiming to crack the top 10 globally over the next few years, according to the firm’s top executive speaking at the company’s 40th anniversary ceremony held recently in Shanghai and Weihai.

Triangle Chairman Ding Yuhua laid out the master plan for expansion in capacity, product line, research and development as well as sales network.

“We need to pay high attention to and contribute to the ‘ground-shaking’ transformation of the sector,” Ding said during his speech.

Included in the growth are plans to achieve smart manufacturing for 10 million units of high-performance tire capacity at its Huayang, China, plant and 3.5 million radial truck tires at its Huamao, China, factory over the next three to five years.

Funding the growth will come in part from capital to be raised from Triangle’s upcoming IPO on the Shanghai Stock Exchange.

The company initiated production in February at Weihai, its newest facility — a so-called “smart plant” — with 4 million units of annual capacity, and is anticipating running at full capacity by the end of May.

The new plant is one of five factories Triangle has in the Wei¬hai area. More than 98 percent of the tires produced there can meet the dynamic balance standards set at less than 20g for 20-inch-or-above tires and less than 30g for smaller tires, the company claims.

The new plant, which represents an investment of more than $1 billion, touts a manufacturing execution system (MES) that keeps record of all manufacturing data from raw materials to shipping, something rarely seen in China’s tire plants.

RFID codes are also used to monitor the tires after they are built.

Chairman Ding also stressed: “Science and technology is the creator of wealth.”

Currently a supplier with 5,200 product specifications, Triangle is broadening its portfolio to cover aviation and radial agricultural tires, hoping to roll out 151 new products in 2016.

The world’s fourth largest OTR tire maker just produced its first 63-inch jumbo tire in February and expects the launch in a few months after testing.

The company boasts more than 360 patents, more than any other Chinese tire maker, with research centres in Weihai and Akron, along with a third in the pipeline in Germany. It spent 5 percent of its revenue on research and development last year and has more than doubled the size of its research team over the past five years to 400 technicians.

Triangle has a training centre, dubbed Triangle University, under construction in Weihai scheduled to open by year-end.

“We are above the threshold,” he said, “that’s for sure, but we need to get better ratings to gain an edge over our competitors.”

“This is the most advanced tire noise testing facility in China, with great sound isolation performance,” Cicero said. “You can hear the drop of a pin.”

Set up in January, the company’s US sales arm is furthering the tire maker’s foray into the world’s largest and most competitive market.

“Every tire maker in the world is in the US trying to grab a piece of a very large pie. It’s crowded and it’s noisy,” Cicero said. “But being heard is different than selling at the lowest commodity prices.”

“Brands are emotional,” he added, pointing out that a well-marketed brand can sell at a 30- to 40-percent price premium over store brands.

Pushing through the noise, Triangle is taking a branding approach centred on being “meaningfully different.”

It introduced in the US recently its first ad aimed at tire dealers, announcing the company’s respect for tire dealers’ independent growth. It has also hired a media veteran to remake a company promotional video that specifically targets the US market.

Once the foundation is laid, which is expected in two years, the company will refocus on enhancing purchasing experience that helps make Triangle a sustainable brand in the US, Cicero said.

Overseas sales account for about half of the company’s total revenue. Chairman Ding said: “Over the next three to five years we’ll strengthen our global segmentation strategy, meeting the needs of high-end customers in developed markets with increased supply while catering to differentiated demands in the emerging markets.”

The company is also providing different truck tires for the India markets. South India has great road conditions with basically no overloading practice, while in the northwestern states road conditions are rough, with about 50-percent overload.

Besides the U.S. arm, Triangle has opened a Russia office, and plans to set up a subsidiary in India and a sourcing office in Singapore as well as spread its market presence in South and Central American countries, especially in Venezuela, Cuba and Brazil.

Last year, against a backdrop of a depressed market among tire makers in China, Triangle operated at almost full capacity, providing 15 million passenger, 5.5 million radial truck/bus and 200,000 OTR tires — including over 1,000 jumbo tires—to its global clientele.

“Triangle has a very solid balance sheet, which will continue to fuel our investment despite all the problems created by industry consolidation or geopolitics,” Cohade said, and the upcoming IPO as well as the company’s “tested business model” add to that optimism.

“These are the reason why I believe so much in the future of Triangle.”