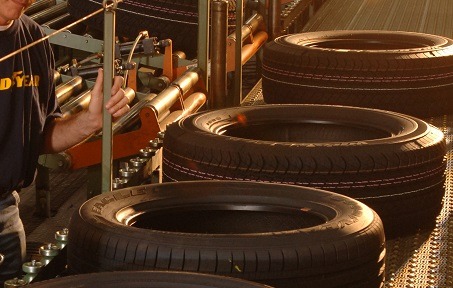 "Greg Cooper, an 18-year associate and maintenance mechanic at Goodyear-Danville, passed away while at work," she added in a written statement to ERJ.

According to media reports, an the local medical examiner has attributed the death of 18-year-old work Greg Cooper to "drowning and thermal injuries".

The death came two weeks after Kevin Edmonds, 54, died at the plant on 31 March as a result of what has been described as an industrial accident.

Also, Jeanie Strader, 56, died on 31 Aug 2015, after being caught in machine rollers, according to a document by Occupational Safety and Health Administration (OSHA) - the US federal agency that oversees workplace safety.

In its statement on the latest fatality at Danville, Goodyear said: "There is no higher priority for Goodyear than the safety and well-being of its associates. The company is taking this matter very seriously, working with local officials, as well as OSHA, to determine the cause of Greg’s death.

"Goodyear’s immediate priority, in addition to the investigation, is to provide support and assistance to Greg’s family, as well as the entire team of Danville associates."