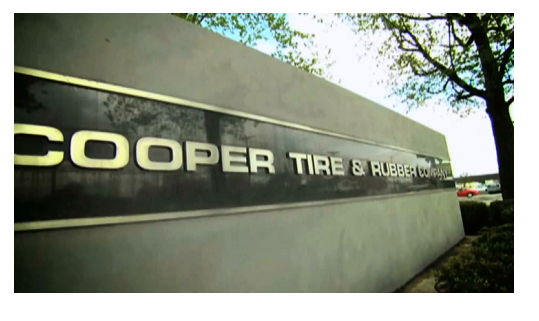 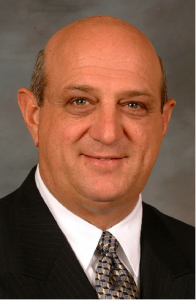 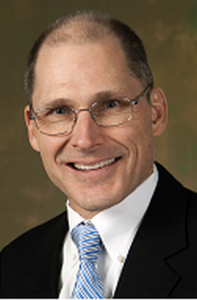 Findlay, Ohio – Cooper Tire & Rubber Co. will have a new leader after nearly a decade.

Roy Armes has announced his retirement from the firm, effective 31 Aug. The president, CEO and chairman will give way to Chief Operating Officer Brad Hughes – who has been named Cooper's next president and CEO, effective once Armes steps down.

“With a focus on long-term strategic planning and outstanding execution, Roy spearheaded a positive transformation of Cooper's business model, creating a stronger, more resilient and sustainable company,” Capo said in a statement.

A company spokeswoman said in an email that the board determined it was prudent to separate the roles of chairman and CEO/president in conjunction with this decision. Armes served one year as president and CEO before becoming the chairman.

“This is a well discussed and debated topic with much written on the pros and cons of each approach,” the spokeswoman said. “Cooper's board makes regular evaluations of this matter and decides at the time what is best for Cooper.”

Armes joined Cooper in 2007 after spending nearly 30 years with Whirlpool Corp., holding leadership positions throughout the business' worldwide operations. The executive said in a statement he has been privileged and honoured to have led Cooper for nearly a decade through good and challenging times.

“During his tenure, Roy led an expansion of Cooper's global footprint, significantly improved shareholder performance and transformed technology and innovation at Cooper,” Capo said in a statement. “Roy has our profound thanks for his outstanding leadership and the many contributions he has made to the company's success.”

The spokeswoman said two factors were important to the timing of Armes' decision – that the company be in great shape and in great hands. She said Cooper is in a position of strength with “outstanding financial performance and a business model that is solid, resilient and sustainable for the long-term future.”

Cooper recently released its financial report for 2015, with net income about even with 2014 at $212.8 million (€193.3 million) and sales dropping 13.2 percent to $2.97 billion – however that figure includes a gain of $56 million of net tax from the sale of its Chinese joint venture with Chengshan Group Co. Ltd. Sales increased 3.3 percent when figures from the joint venture sale are excluded.

Operating profit increased 18 percent to $354 million, which the firm said was a record 59 percent increase compared to 2014. Unit volume increased in all regions, by 6.8 percent overall against 2014.

“It was an exciting year for Cooper as we took numerous steps around the globe to continue to transform and enhance our business,” Armes said in a statement. “Our fourth quarter and full year performance was very strong, with unit volume increases in all regions and excellent operating profit. In fact, our full year operating margin of nearly 12 percent exceeded the 8 to 10 percent that we established as a mid-term goal for Cooper.”

The spokeswoman added that Hughes is a capable leader who is ready to take over the reins. Capo said he expects a seamless transition once Armes retires.

Prior to his time with Cooper, Hughes spent 23 years with Ford Motor Co. He joined Cooper in November 2009 as chief financial officer, a position he held until Ginger Jones was appointed to the role in December 2014. In July 2014, he was promoted to president of the firm's International Operations with responsibility of leading all Cooper operations outside of the Americas. Six months later, he was promoted to chief operating officer with responsibility for the firm's worldwide operations throughout North America, Europe, Asia-Pacific and Latin America.

“Brad has been a positive and influential force at Cooper for more than six years now, and he will be tremendously effective at leading Cooper to even greater success in the years to come,” Armes said in a statement.

Capo was senior vice president and treasurer of DaimlerChrysler Corp. from 1998 to 2000, and for seven years prior he served as treasurer of Chrysler Corp. Before holding those positions, Capo was vice president and controller of Chrysler Financial Corp. He currently serves as a director of Lear Corp. and served as a director of Dollar Thrifty until its sale in 2012.

Cooper said the lead director is a non-employee, independent board member elected by the independent members of the board. One of Capo's many specific responsibilities in this role was to assist in optimising the effectiveness of the board and ensure it operates independently of management.