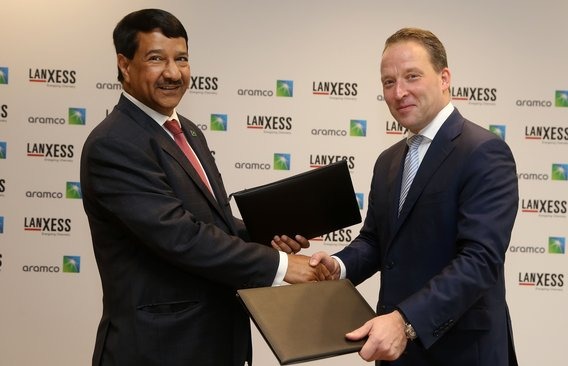 The name and logo, which includes the descriptor ‘Performance Elastomers’, combines elements from the names and logos of both partners, the German polymer and chemicals company explained.

The name was revealed along with news that all relevant antitrust authorities had cleared the transaction, clearing the way for its launch on 1 April.

“Arlanxeo will be a strong company of two strong partners. This is also reflected in the new name of the company,” said Matthias Zachert, chairman of Lanxess AG.

“We will establish Arlanxeo as a new and independent player in the global market for synthetic rubber,” added Zachert, who is to become chairman of the shareholders’ committee of Arlanxeo, headquartered in The Netherlands.

“Under its new name, Arlanxeo will build on the customer focus, recognition and reputation of both Saudi Aramco and Lanxess...,” added Abdulrahman Al-Wuhaib, Saudi Aramco's senior vice president, downstream.