Williams in line to become long-term CEO of Henniges 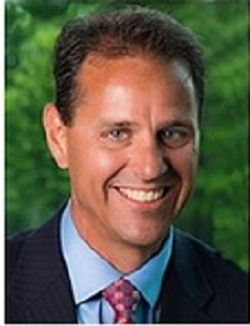 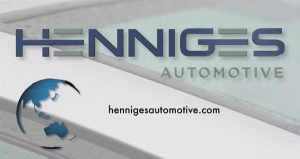 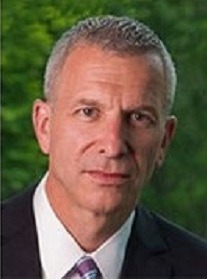 Williams succeeds Douglas DelGrosso, who left the firm to become the top executive at Chassix Holdings Inc., a manufacturer of precision casting and machining solutions, including precision ductile iron and aluminum chassis components.

“Larry's been with the company for 15-plus years, and he's been through a number of these transitions,” DelGrosso said. “He's a pretty seasoned guy – he's been in the automotive space for 20-plus years. He's been able to couple his strong financial background with a very thorough knowledge of the business. He understands sealing, anti-vibration and he has global experience. I think he's extremely well liked and respected within the company, and he's a guy who operates with a high level of integrity.”

According to Henniges' website, Williams joined the firm in 2003 with responsibilities for its global finance audit, purchasing and information technology functions. He was promoted to CFO in 2007 and served as interim CEO of the company from November 2011 until DelGrosso's appointment in 2012.

Prior to joining Henniges, Williams was director of finance for GDX Automotive North America and Europe, and has more than 26 years of industry experience, also holding positions with Smiths Group P.L.C., Borg Warner Automotive and Federal-Mogul Corp.

Gavric said that Henniges owner AVIC Automotive Systems will not conduct a search for another CEO at this time.

“Larry is a very seasoned executive,” Gavric said. “He knows sealing inside and out, he knows our company very well and I'm fully confident that he will be the CEO long term.”

DelGrosso was appointed CEO of Henniges in August 2012. During his tenure, the firm tripled its sales in China since 2011 to about $150 million (€138 million); completed a number of strategic alliances and acquisitions; broke ground on a new manufacturing plant in Mexico set to become operational in 2016; and was sold by its private equity owner Littlejohn & Co. to AVIC, a China-based automotive supplier.

The executive said that Henniges being sold to AVIC had nothing to do with his decision to leave. He said he wasn't actively looking to change positions, but Chassix allowed him to return to a product segment he had exposure to during his days with TRW Inc.

“I feel pretty good about what we accomplished as a team,” DelGrosso said. “I think what I feel best about is that we got through the sale process and found an owner who is a long-term strategic owner, which is going to help stabilize the company that's been managed by private equity for a number of years.”

Before joining Henniges, DelGrosso served as vice president and general manager of TRW's Global Braking and Suspension operations and as president of Lear Corp., a supplier of automotive seating systems and electrical power management systems.

At Chassix, he will succeed J. Mark Allan, who led the firm through successful financial restructuring, Chassix said. The automotive supplier recently emerged from Chapter 11 bankruptcy and restructured its board of directors.

“Doug comes to us with an enormous wealth of experience in our industry,” Jonathan F. Foster, non-executive chairman of the Chassix board of directors, said in a statement. “He has a superb reputation in the industry and a track record of proven results. We are fortunate to have an executive of his caliber join our team and are confident he will lead the company very effectively.”

Chassix reported sales of $1.4 billion in 2014 and employs 4,500 in 26 locations worldwide. It is owned by Platinum Equity LLC, a private equity firm founded by Tom Gores.