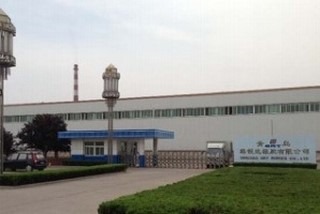 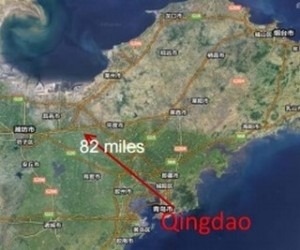 The deal is expected to close during the first half of 2016 pending certain permits and approvals by the Chinese government, Cooper said. The Chinese company was founded in 2014 by Qingdao Yiyuan Investment Co. Ltd., which purchased the assets of the then-idled facility.

The venture will be called Cooper Qingdao Tire Co. Ltd. (CQT) once the deal closes, Cooper said. The transaction price covers the acquisition and initial investments in the operation.

At full capacity, Findlay-based Cooper estimates the factory will be capable of producing 2.5 million to 3 million radial truck tires annually. Cooper also said the venture may add passenger tires at some point, with an annual capacity similar to that for truck tires.

“Cooper is excited to take this positive step to secure additional TBR tire supply and further our Asia growth strategy,” said Brad Hughes, chief operating officer. “After a comprehensive review of options, we are pleased to have reached this agreement, which meets our goal of finding a new source of high-quality, cost-competitive TBR tires for North America and Asia.

“As we have previously stated,” he added, “achieving our goals for growth will likely require a series of actions and today’s announcement is certainly a significant one.”

The tire maker expects to source truck tires for Asia and other markets in addtion to Roadmaster tires for North America.

Chinese tire industry veteran Li Zhihua is the founder, executive director and general manager of Qingdao Yiyuan Investment (QYI). Cooper said, as well as a professor at Qingdao University of Science and Technology.

QYI has put in place at GRT an experienced management team backed by a skilled workforce with extensive tire industry expertise, with an initial focus on truck tires.

“There’s a strong workforce, facilities that we can continue to expand with further capital, and a management team that is focused on the current opportunity in TBR tires as well as our wider growth plans for Asia.

“This is a great strategic fit within our existing and highly productive worldwide manufacturing network and will allow us to further optimize our global footprint. We welcome the GRT team to the Cooper family and look forward to many years of success together in the future as CQT.”

Mr. Li added: “After a lengthy evaluation process to identify the best partner, we are pleased to team up with Cooper, a global tire industry leader with a 100-year heritage of success. We look forward to working with Cooper to maximize the opportunity we have together to drive continued innovation and expand manufacturing of quality TBR tires and other products.”