Tire investments in the pipeline 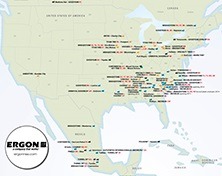 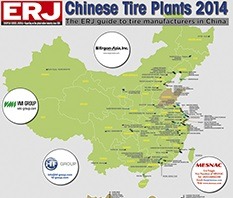 As the year 2015 draws to a close, ERJ looks at tire-plant investments and expansion projects announced throughout the year.

London – Seeking to advance, or at least maintain their position in the market, tire makers continued with capacity expansion programmes throughout 2015, in each of the main global regions.

Among the biggest projects (please note currency in Euros) were:

• South Korean Nexen held a ground-breaking ceremony at the site of its new tire plant in Zatec, Czech Republic on 1 Oct. The €829-million project, to come on-stream by 2018 is slated to eventually reach a capacity of over 12 million units.

• Apollo started construction of its €493m greenfield tire plant in Gyöngyöshalász, Hungary, in April. Scheduled to start up in early 2017, it will have capacity to produce 5.5 million passenger car & light truck tires and 675,000 heavy commercial vehicle (HCV) tires per annum.

• In Turkey, Japan’s Sumitomo Rubber and local Abdulkadir Ozcan Otomotiv started production at their €452m JV tire factory at Cankiri. The plant will have a daily capacity of 30,000 tires by year-end 2019.

• The same month saw Kumho announce that it was on track to complete construction of its first tire plant in North America in early 2016. The Korean tire maker has already invested €390m in its Macon, Georgia plant, designed to produce around 4 million tires a year.

• Another South Korean tire-maker Hankook aims to start production at its €750m passenger and light truck tire manufacturing facility near Clarksville, Tennessee by January 2016. In its first phase the plant will employ 1000 and have an annual production capacity of 5.5 million tires. Phase II, to go online by 2018, will double annual capacity to 11 million tires.

• In South Carolina, Trelleborg’s agricultural tire plant is expected to begin production later in 2015 in Spartanburg, while the Giti €520m passenger and light truck tire plant at Richburg is due for start-up in 2017.

• In June, Michelin North America said it was investing €20m in its Dothan, Alabama plant to boost production of light truck and SUV passenger tires by 10 percent.

• US tire-maker Goodyear is also building facilities for the production of 2.08 million per year of sedan radial tires, including 480,000 units of run-flats, at its Dalian, Liaoning plant in China.

• Chinese manufacturer Guizhou Tire also confirmed to ERJ that it is building a 3.25 million tire/year speciality tire plant which it expects to begin operation by 2017.

• Shenzhou Tire has broken ground on its 5 million unit/year TBR facilities in Shizuishan, Ningxia. This is the second-phase of a €1.5bn, 20.1 million unit/year radial tire project and is expected to come on stream in 2017.

• Sumitomo Rubber Industries (SRI) is reportedly set to increase its car tire production capacity at its Thai plant by 9 percent to increase capacity of 78,000 tires a day to 85,000 by the end of the year.

• Taiwan’s Kenda Rubber is also planning to build a €142m car and light truck tire plant in Vietnam’s Dong Nai Province. Set to start production by late 2017, it will produce 10,000 tires a day in phase I.

• Separately, Bridgestone intends to invest €116m through 2020 at its Hikone, Japan, passenger and light truck tire plant to redesign its production lines.

• India has also seen major investments, recently, with Taiwan’s Cheng Shin Rubber planning to build a plant for two-wheelers. The €372m the plant, with a capacity of 20,000 tires and tubes a day, is set to start up in 2017.

• Apollo Tyres is also expanding truck and bus radial facility in Chennai, with an investment of €380m over the next two to three years. The project will double capacity to 12,000 tires per day.

• Yokohama opened a new €31m passenger car tire plant in Haryana Bahadurgarh Industrial Estate in late 2014, which is scheduled to reach an annual capacity of 700,000 tires by the end of this year.