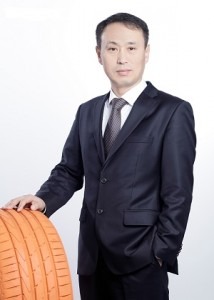 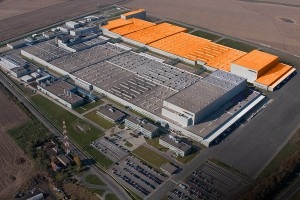 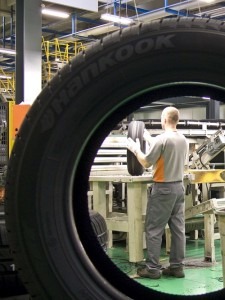 Based on article published in the November/December issue of European Rubber Journal magazine.

After a strong presence in various markets, Hankook has set its sights on joining the top 5 global tire makers, according to Gangseung Lee, better known as Tony Lee, who has recently taken over as Hankook Europe’s vice president for marketing and sales.

The plant, which will be Hankook’s eighth global production base and its first in the US, is projected to begin in 2016 with a targeted capacity of 12 million tires per year upon completion, mostly for the North American market.

“Our philosophy is one of sustainable growth,” said Lee who stressed that Hankook Tire Europe contributed largely to the growth of the South Korean tire-maker as it is now the largest region within the company in terms of business market and revenues.

My plans for Europe, he explained, are to drive brand premiumisation at a larger scale.

Despite slow economic recovery in Europe, Lee forecast that the second half of 2015 would see Hankook increasing both market share and sales volume in the region.

This, he said, would be achieved through expanding production capacities across Europe.

“The value of our investments in our Hungarian factory in Rácalmás, south of Budapest, totals over E800 million to date and is a major milestone in our strategy to reinforce our presence in Europe,” Lee explained.

With the recent completion of the third expansion phase of the plant, the production capacity has been boosted to approximately 19 million tires per year, including 500 different types of passenger car, SUV and light-truck tires.

Another tactic, said Lee, is the expansion of local sales organisations for improved services and supplies to end-customers and business partners.

Hankook’s ambition is to become a more differentiated company to maintain what Lee described as “our momentum as one of the fastest growing tire makers”.

In the tire sector, he explained, this translates into a continuous updating and optimisation of our portfolio, tailored to regional needs.

In terms of target markets, Hankook has recently established local offices in Poland and the Czech Republic, said Lee, adding that there’s “more to follow”.

He added that the company had established new warehouses in the Czech Republic, Poland, Sweden and Turkey over the course of the past two years.

As for the more established markets like Germany, UK, Italy, Spain, France or Scandinavia, brand awareness and preference is core of the future business strategy.

In response to possible influx of Chinese tires into Europe after heavy US duties, he said: “we assume that that we see more of these flow into the European market as Chinese tire makers will try to intensify their sales in the region.

“We spend significant funds on the development and testing of our products as it is the R&D resulting in innovation and its benefits that allow us to provide… safe, reliable, eco-friendly and of premium performance.

“We therefore continue to strengthen our R&D capabilities as we believe that in the long run consumers will tend to buy quality tires that provide better performance,” he added.

In addition to technical investments, Hankook’s marketing campaigns are also expected to help it achieve its ranking target.

“Hankook promotes extensive marketing activities across Europe, with the most recent being our sponsoring partnership through the UEFA Europa League, Europe’s largest football club competition, which began in 2012,” said Lee.

Since the sponsorship the company’s market share increased by 11 percent, which Lee said, makes Hankook one of the fastest growing tire makers in Europe.