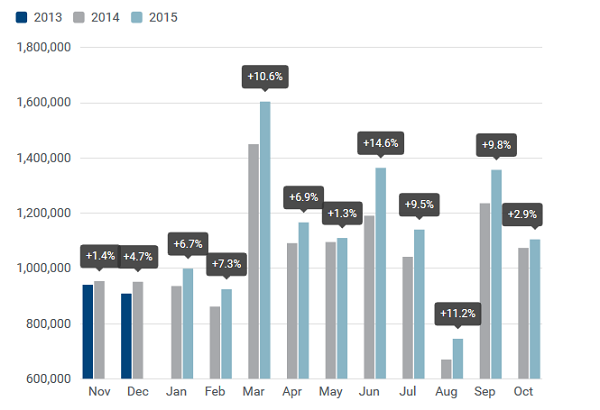 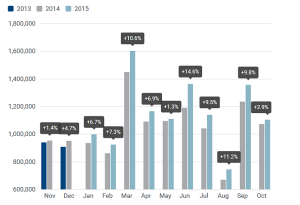 Brussels – The EU passenger car market continued to grow in the month of October albeit at a slower pace of 2.9 percent, compared to previous months’ high of nearly 10 percent.

With 8.6 percent of growth, Italy led the growth table, followed by Spain at 5.2 percent, Germany at 1.1, and France at 1 percent. The UK market declined by 1.1 percent for the first time in 43 months.