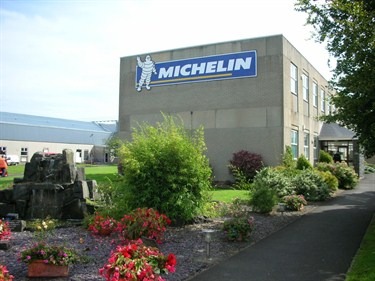 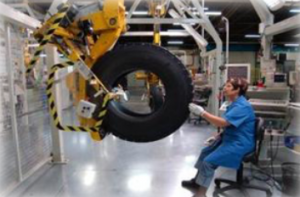 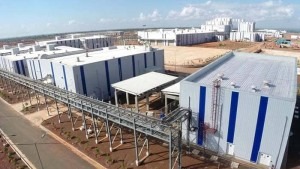 Clermont-Ferrand, France – Michelin is set to close down a number of tire production and retreading facilities in the UK, Italy and Germany cutting over 1,600 jobs, the company announced on 3 Nov.

The French tire-maker said the decision to consolidate the businesses was in response to slowdown in the European new and retread truck tires market.

“The competitive environment and the economic crisis of the past few years have lastingly affected the European tire market and, in particular, the market for new and retread truck tires,” said Michelin.

The tire maker will reorganise activities in the UK and in Italy, which in addition to site closures, will include an investment of €265 million to modernise production and the logistics network in these countries.

In the UK, Michelin will be refocusing its activity on growth segments of the passenger car & light truck tire, and retread markets, the company said, adding that €85 million will be invested in this strategy before 2020.

Michelin said it was closing down its truck tire factory in Ballymena, Northern Ireland in light of “difficulties the site has been experiencing for several years”.

According to the tire-maker, very aggressive competition and manufacturing overcapacity on the truck tire market, heavy logistics costs due to plant location, and high production and energy costs were among the main challenges at the site.

Michelin employs 860 at the site and said that an employee consultation process will begin immediately regarding the run-down proposal.

The investment will include the installation of new machinery, enabling the production of larger tires which are a growing segment of the market. A new warehouse will be built on-site to accommodate this increased production.

The French tire-maker will also make a €16-million investment in its Stoke-on-Trent site, which it said has transformed its retread production facilities over the past few years as part of a new multi-brand strategy.

The investment at Stoke and Dundee will result in the creation of 110 jobs.

In Italy, where Michelin manufactures 10 percent of its European production, a five-year strategic plan will be implemented – affecting 578 jobs by 2020.

The plan is supported by an investment of €180 million to further develop car, van and truck tire volumes by 2020 at its Cuneo and Alessandria sites.

With more than 2,000 employees, the Cuneo plant is currently Michelin's largest passenger car & light truck tire production site and is also one of the largest semi-finished product production sites in Europe.

The plan is to increase passenger car & light truck tire production by 20 percent by 2020, by continuing to move production upmarket to high and very-high performance tires and by significantly improving competitiveness.

The Alessandria site with more than 800 employees will also be specialising in the production of new truck tires with the aim of a 20-percent increase in production by 2020.

The site's retread activity, however, will cease in mid-2016, due to a sharp deterioration in the retread market, Michelin said.

Fossano semi-finished products site, which had already dropped production by 45 percent since 2009, will close in late 2016.

The plant’s production will be purchased from external suppliers or be taken over by the group's other facilities in Europe.

Michelin’s logistics network in Italy will be “transformed” with the aim of concentrating stock near the Cuneo and Alessandria sites.

The Turin and Rome warehouses will be modernised and will serve the whole of Italy, while the Tribano warehouse, which employs 28 people, will be closed in late 2017.

In Germany, due to the serious difficulties experienced on the European retread market, Pneu Laurent will close its Oranienburg site at the end of 2016 and will group all of its activities at its French site in Avallon.

To finance these projects of reorganisation, Michelin Group will recognize a non-recurring impairment loss of around €280 million in 2015.

Separately, Michelin announced that it will postpone its project to earthmover tire capacity at its Chennai plant in India, as demands remains “severely down”.

As a result, in 2015 it will recognise a non-recurring impairment loss of around €75-million on the project's related assets and capitalized process engineering costs.