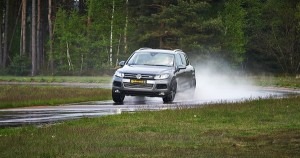 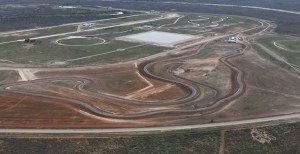 Hanover, Germany – Continental AG’s tire division is awaiting final approvals and planning permissions for the expansion of its Contidrom testing centre, north of Hanover, a company spokesman has confirmed to ERJ.

The track, he said, will have a fully-automated watering system, which makes it more sophisticated than dry tracks.

According to Bahlmann, Continental has already acquired a 20-hectare area of land adjacent to the test centre, which once annexed to the current facilities, will expand the site into regions governed by three different local authorities.

“We have already held talks with one of the regions regarding our plans and are going to meet the officials from the second one next week,” said Bahlmann.

Once negotiations are complete and planning permissions in place, Continental will have a better idea of when the expansion will complete.

“For now, I can only confirm that the project is to finish in the course of 2017, but until we have the final permissions in place I cannot give an exact date,” he noted.

The project will involve an investment in a single-digit million-euro, said Bahlmann without further specifying the figure.

The track, 12 meters wide and over 3km long, has a “demanding layout” and offers opportunities to test many products, including tires, driver assistance systems, and components for automated driving, said Continental.

The new stretch of blacktop, it noted, resembles the dry handling track at the Contidrom, but featureselements that the German facility does not offer.

The proving grounds are used by Continental Tire Americas as well as by tire testers from Hanover who are normally based at the Contidrom.

“From a German viewpoint, the trip to Texas to test new tires makes most sense when wintry weather conditions make testing in northern and western Europe impossible,” the statement added.

In line with the strategy, the tire division has invested more than €2 billion in creation of additional production capacities.