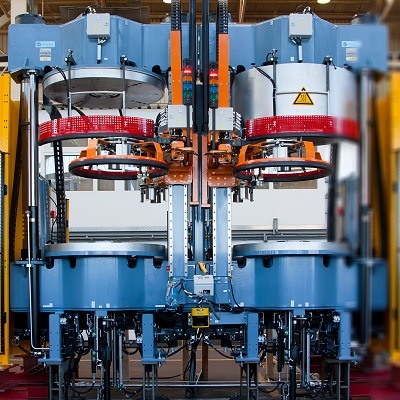 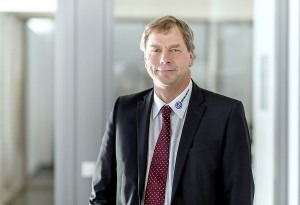 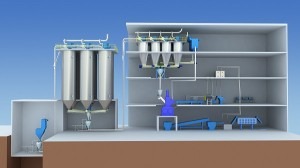 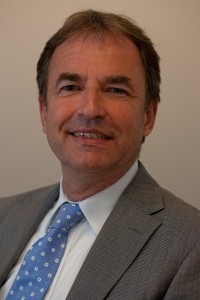 There is still good business to be done in the European tire-manufacturing industry if you are prepared to invest in providing the high-end technology and services required by the leading brands – feedback from major equipment suppliers suggests.

“The market for service for mixers is stable and strong,” added the senior HF executive, noting that “machines today have a much higher load than in the past and customers cannot afford downtimes any longer.

“A separate aspect is the automation market. Here we see an over-average growth in [recent] years. This trend is very stable and strong.”

With regard to prospects for the European tire market over the next 24 months, Limper said HF saw strong investment activity by tire companies in eastern Europe.

“Tire labelling still has a strong effect. This means silica compounds are getting higher importance. This will lead to investments into new mixing technologies,” he said. “Demand for high-performance tires is also driving growth.”

Limper listed challenges facing the European tire producers as including the slow growth rates in passenger car markets in Western countries. In eastern Europe, he added, there is a higher sensitivity to pricing and cheap imported tires are taking quite big market shares.

Limper concluded that there “is a clear trend for greener products. This is not only true for the tires themselves [but] also for the production. Tire producers are trying to lower the use of raw materials, energy and to work with higher efficiencies.”

While the major players are still doing well, Xu said their investments are being “allocated more in Asia, America and Russia, and in east Europe sometimes, very little in west Europe. This includes some Asian companies such as Nexen [and] Apollo.”

“The major players will continue dominating the market by leading in technology. We expect some big changes in tire production technology,” Xu further commented.

Mesnac also expects that the tire market in Europe will continue to see slow growth, with investments continuing to be moved to regions, such as eastern Europe, Russia and Turkey.

Xu went on to note that “there are more and more tires imports from China, making it possible [that there will be] new technical regulation or even anti-dumping policy from EU authorities.”

In his assessment, Gerry Pol, sales director Europe at VMI reported “satisfactory activity” as the automotive market continues to recover in most major European countries. He added, however, that the picture is uneven, with greenfield developments in some east European markets, while elsewhere the focus is on upgrading existing facilities.

“VMI has secured significant new sales [with] customers from outside Europe moving in; from clients expanding in lower cost European countries and [with] clients upgrading their plants to include greater automation,” the European sales director added.

Looking forward, Pol said the industry is being shaped, in part, by a need for smaller batch sizes and a drive for higher productivity to deliver the lowest price per tire. These trends are, in turn, leading to “growth in the use of automation technology to improve agility and quality by cutting down on human intervention.”

While cautious about the general state of the European economy, the VMI executive noted: “Over the past year, most major markets have posted good growth, in some cases extremely good, and there seems reason to believe that growth will continue. In addition, new regulations and a move to the need for different types of tire on high-end cars is also driving demand.”

Pol concurs that the use of labelling has affected the market considerably and “we expect increasingly strict application of regulations to have an even greater impact.

“If extra parameters, such as tire wear, are introduced this will influence consumer choice and may help higher value manufacturers.”

“We see the probability of continued demand to upgrade existing equipment to handle these new requirements, while the trend to return at least some manufacturing to Europe from low-cost countries will drive further demand for automation technology,” said Pol.

Another upbeat assessment came from Edoardo Salaorni, commercial director at Marangoni Meccanica SpA, who said “We expect a confirmed good rate of growth, as it was in the past 24 months.”

On the other hand, Salaorni noted that as a mature market, Europe does not match the levels of growth seen in other developing markets.

“Growth in the European tire market [stems from] isolated initiatives and technology modernisations,” the Marangoni executive commented. “For our company, the main business driver is the innovation and engineering of new programmes, according to the increasing technical demands that are required by the tire manufacturers.”

In Turkey, meanwhile, Seyfullah Bozkurt, managing director, Uzer Makina Machinery and Mold Mfg Inc, said demand from the European tire market over the past 12 months was “almost at the same level of last year.”

And while acknowledging the challenges facing the global economy, the Uzer Makina MD sees further grounds for optimism over the next couple of years.

This investment activity, he said, is “a good sign for growth in the European tire market for the next 24 months.”