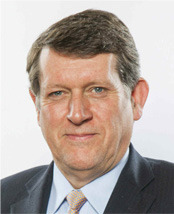 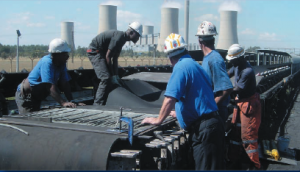 Based on article appeared in September/October issue of European Rubber Journal magazine.

London – Fenner PLC is likely to cut jobs at its Americas conveyor belting business following “major restructurings” at its European and Asia-Pacific units, according to CEO Nicholas Hobson.

“All I have to say is that we have work going on in the third region, which is the Americas. We have not yet drawn any conclusion but it is not beyond the realms of possibilities that there would be further announcements to be made,” he said in a July trading update conference call.

He carried on with the same tone in his September trading update, saying: “We are still seeing declines in the North American coal business. We have started to see bankruptcies and insolvencies among some of the smaller mining companies in America in the past few weeks.”

He added that Fenner was “actively engaged” in bringing down manufacturing footprint in its Americas business.

“We continue to restructure and realign our manufacturing and service capabilities and, as part of this process, various resources previously engaged in customer capacity are being refocused on the aftermarket,” said Hobson explaining the recent downsizing in the company’s UK and Chinese belting units.

According to Hobson, what Fenner is currently engaged in is not merely a cost-cutting exercise.

“It is a refinement of our business models,” explained the CEO.

The company, he said, is restructuring parts of its business, particularly in Australia and America, so that its business model will be more tightly focused on “conveyor solutions rather than just selling products and services.”

Fenner restructured its UK conveyor belt manufacturing businesses, as its market was seriously impacted by the ongoing conflicts in Russia and Ukraine.

“We reviewed the business to see if there were other markets. But it became our view that there was no prospect of rapid recovery in any of the markets for Marfleet,” he said.

China went from the only region where Fenner did satisfactorily in Q1 to being downsized by 50 people.

“The Chinese coal-mining industry has somewhat belatedly come to be in a similar position with the rest of the world,” Hobson explained. The sector, he said, is now in a state of acute price pressure and production volumes are falling.

In addition to that, there’s been an increase of red-tape in China as a result of a government drive to stamp out unethical business practices in the country. This has significantly slowed down the pace of doing business in the country.

“It has become quite difficult in some parts of Chinese industry to get decisions made, so there has been a general slowing of activity levels,” said Hobson, adding that Fenner did not expect to see a rapid return to normal business levels in China.

“China is the engine for a lot of what happens in the mining industry. An acceleration of growth in China could improve the mining conditions in many parts of the world; certainly in Australia as well as other parts of the world such as Brazil and South Africa,” said Hobson.

But Hobson has not and does not intend to predict when the recovery will be.

We believe, he said, that the current level of activity is somewhat below the underlying level of demand, so there’s a certain amount of under-purchasing of our products and services.

And we expect that it would return to a “more normal” rate at some point in the future.

But until then, the realignment of the belting business will go on at full swing.

The company has introduced its integrated solution model in the past few years where it has been trying to provide not only products but services.

“We are not trying to position ourselves solely as a heavy conveyor belts manufacturer, but also as a provider of ancillary products and services.

“So, we not only manufacture conveyor belts but we also install, maintain and repair them. We also provide make-up parts of a conveyor system, such as idlers, structures, pulleys, cleaners, scrapers, etc,” explained Hobson.

Throughout these tough times, he added, we have realised that the offering of solution packages is the right thing and as we restructure and resize, we increase our focus on that part of the business.

To illustrate the point further, Hobson said: “We have recently introduced a technology which involves the use of electronic devices implanted in our products. They enable us to conduct certain processes with respect to maintenance, warranty administration, stock control and various other things.”