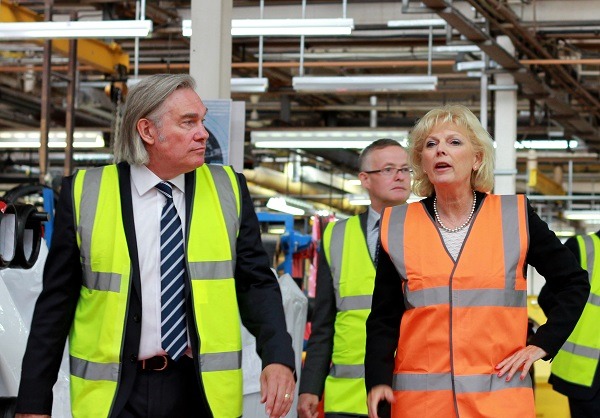 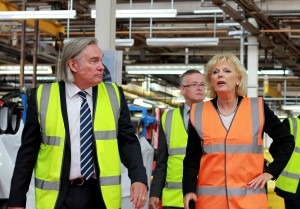 DATL, which claims to be the world’s only specialist manufacturer and retreader of aircraft tyres, was one of four companies in the West Midlands that the minister visited during a fact-finding day in the region.

During the visit, Soubry heard about Dunlop’s continued investment in the Erdington factory, including plans to enhance its testing capabilities so that it can develop a wider range of tires.

David Skepper, Dunlop Aircraft Tyres’ sales and marketing director, said “We are firmly committed to maintaining our manufacturing in Birmingham and have made a significant investment in new production equipment over the last two years,”

“During our meeting with the business minister we discussed Government initiatives that could help companies like Dunlop to accelerate their growth.”

“Dunlop is the only dedicated aircraft tire manufacturer and retreader in the world - its products are exported to more than 80 countries,” said Soubry. “We have a long-term plan for this region to become an engine for growth and companies like this will help the Midlands to lead the way.”

Exports now account for more than 80 percent of Dunlop’s sales, with tires made in Birmingham being shipped to commercial and military aircraft operators around the world.

Dunlop has opened a distribution and retreading facility in China that supports the Asia Pacific region. And later this year, it will open its first retreading centre in North America. All tires distributed through the facilities in China and America are made by Dunlop in Birmingham.