Feature: Snail-pace regulation could be recipe for trouble 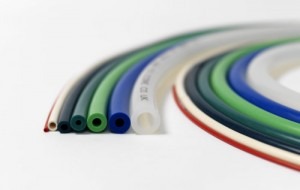 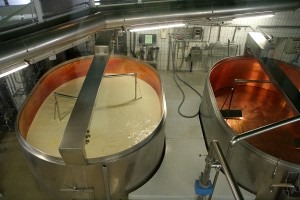 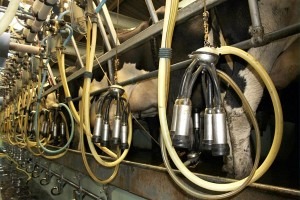 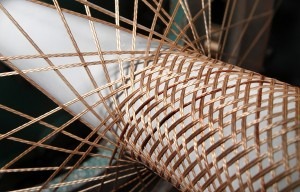 There is a surprising lack of urgency around the harmonisation of EU regulations covering rubber used in food-contact and drinking-water applications – particularly given the clear potential risks to human health in both of these areas.

Companies supplying pumps to the water industry, for example, report significant duplication of R&D effort as both they and rubber seals suppliers have to tailor their respective products to the specific requirements of different EU member states.

European regulators have, so far, focussed their attention on plastics materials in contact with food, according to Fazilet Cinaralp, head of Brussels-based European Tyre and Rubber Manufacturers Association (ETRMA). But, she commented: “There are no planned actions to harmonise the way in which rubber food contact materials are regulated. The European Commission has not yet developed a clear road map on how they intend to proceed.”

The Commission is studying the issue, according to Aikaterini Apostola, an EC spokeswoman on health and food safety issues.

A study, she said, is being carried out by the EC’s Joint Research Centre (JRC), and aims to provide a “comprehensive description of the current situation concerning food-contact materials, for which there are no specific measures at EU level.”

The study is scheduled for completion by the yearend and, said Apostola, “will offer the EC a chance to evaluate the results and consider what, if any, possible steps need to be taken in the future concerning the regulation of food-contact materials in the EU.”

According to Apostola, a central issue for the Commission is to work out a definition for rubber materials under EU plastics regulations.

Vulcanised rubbers, she said, are clearly beyond the scope of the plastics regulation, but many thermoplastic elastomers, which are not vulcanised, will be included.

As far as individual national legislations are concerned, she said that the EC had acknowledged independent moves to introduce standards by Germany and France and has confirmed that it would “consider” them if and when notified.

But rather than wait for the EC to move forward on this front, several member states have moved to plug the gaps being left by the continuing regulatory vacuum.

Perhaps the most significant development is in Germany, where new regulations relating to rubber materials used in contact with both food and drinking water are due to come into force in 2016.

These will restrict the use of raw materials for the production of rubber articles used in these applications to those on specific ‘positive lists’, explains Helmut Hirsch of German rubber industry association the WDK (Wirtschaftsverband der deutschen Kautschukindustrie eV).

A positive list for articles coming into contact with drinking water was prepared years ago under the charge of Germany’s Federal Environment Agency (Umweltbundesamt, UBA).

By the end of 2016, said Hirsch, the current list will be phased out and replaced by a new list “created using a fundamentally different way to determine the suitability of substances for use in articles in contact with drinking water.”

The requirements concerning articles in contact with drinking water are “in the lead“ of the UBA and detailed in its Elastomerleitlinie guideline document, the WDK leader pointed out.

The food-contact requirements are laid down in the Federal Institute for Risk Assessment (Bundesamt für Risikobewertung, BfR) recommendation XXI for materials in contact with foodstuff.

This is an extension of the positive list on monomers and additives – part of the Regulation 10/2011/EC on plastics materials intended to come into contact with food.

According to Hirsch, substance manufacturers and importers will be responsible for entering the authorisation process – similar to the registration process for the EU chemicals regulation REACH.

Asked how prepared companies are to meet the regulations, Hirsch said: “In most cases they are well prepared” as they had relevant data from previous registration processes.

Unlike REACH, however, only one applicant is required to undertake the authorisation process for a substance. This, said the WDK leader, means that “all other players in the market will benefit from it. That makes raw material suppliers rather reluctant in taking the initiative.”

Another departure from REACH is that rubber article manufacturers can also go for an authorisation.

“That is exactly what some WDK member companies are currently doing,” Hirsch reported. “In a WDK-co-ordinated project the data-collection and application for authorisation for some crucial substances is going to be prepared.

But with much of the work still to be done and time running out, the WDK is urging companies, particular suppliers of rubber chemicals, to “reconsider how to cope with the authorisation requirements in order to safeguard their business in foodstuff and drinking-water applications.”

Among the companies that are actively addressing these issues is Dutch rubber compounder Polycomp, which develops and produces food and pharmaceutical grades based on FKM, FFKM, EPDM, and silicone.

Vorden-based Polycomp regularly receives requests from the market to provide compounds that comply with the hygienic and toxicological requirements, according to the guidelines of the German Federal Environmental Agency (Umweltbundesambt, UBA), as described in the Elastomerleitlinie, said managing director Robert Uneken.

The compound development work, said Uneken, started with the limited set of ingredients allowed under the Elastomerleitlinie, while also taking account of the various production technologies used to manufacture seals and other rubber parts.

“There are, for instance, obvious differences between injection and compression moulding,” explained the Polycomp boss. “A complicating factor is that the use of plasticisers and processing aids is hardly, if not at all, possible when limits on microbial growth on non-metallic materials in contact with drinking water have to be met [under W270].”

The development finally resulted in two different compounds with different cure speeds. Polycomp, said Uneken, is targeting these compounds at applications including seals, pumps, valves and fittings for a range of sectors, including the food and pharmaceutical industries.

“In the food and pharma industries, requirements are increasingly stringent and the reliability of the parts in the applications is sometimes literally vital,” the managing director stated.

Blackburn, UK-based Silicone Engineering supplies solid and sponge sheeting and extrusions such as tubes, cords and profiles for use in the dairy and food & beverage industries. It has around 130 employees, a turnover of £16 million (E22.5 million). Much of its products are sold to EU markets – Germany in particular.

According to Simon Holmes, marketing manager, there is increasing market demand for silicone formulas that meet industry standards covering in applications such as food machinery, brewery tubes, food transfer tubes and baking mats.

“In the dairy market, for instance, chemicals have to be run through tubes to break down the fat residue and those chemicals can break down organic rubber easily,” said Holmes. “The same goes with heat – food industry needs a lot of heat and the amount of volatiles is a lot less in silicones, making them more heat-tolerable.”

Holmes is aware of the moves by the European Commission to assess the safety of food-contact rubber materials. However, he said, feedback from suppliers – mostly European – has indicated that his company’s products will most likely be unaffected by any new regulation.

Among the company’s recent developments for the food industry is a solid silicone containing a silver ion additive that actively prevents the growth of harmful bacteria such as salmonella, E-Coli and MRSA.

The anti-bacterial material, said Holmes, can be used, for example, as gaskets and seals in food production machinery, food/beverage transfer tubes. It is also [used] as dairy tubing as it has been “independently proven to reduce milk bacto-scan results carried out on a dairy farm.”

Meanwhile, Silicone Engineering has also addressed issues around the additives used in silicone sponge, which conventionally make it difficult to get products approved by the FDA for food contact.

As well as hygiene, for example, fats and oils can cause a rubber compound to deteriorate, reducing the elasticity of a hose. The hoses must be able to withstand various cleaning processes, including the use of steam and chemicals such as nitric acid. If the hose handles dry material, like grain or sugar, it needs to be abrasion-resistant on the inside while abrasion-resistance on the outside is a requirement for outdoor applications.

Alcohol production presents another set of challenges for hoses. For example, in some distillery applications alcohol stays in the hose for a period of time. “One of the things about alcohol is that it tends to extract things from rubber compounds, so the alcohol may end up having a different taste,” Dhiersat says. “We’ve solved the problem with UPE, a polyethylene film inside the hose that prevents extraction.”

Similarly, Libes explains, Trelleborg is now working to improve the smell of its hoses. “Natural rubber has a very specific smell,” he says. “We use natural rubber because it is softer and more flexible than any synthetic rubber compound. But we are really looking to reduce that inner smell, which is especially important to wine producers.”

Dhiersat adds, “We must meet stringent regulations in sourcing materials for our hoses, since they will be used in food applications. Regulations are getting more and more strict, so we must stay informed, and the choice of materials is be-coming more limited.”