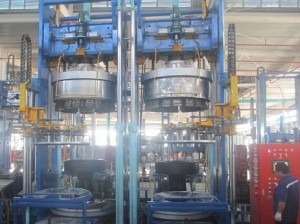 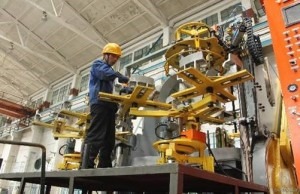 The international rubber machinery market grew by around 10 percent last year – based on data from machinery companies that supplied figures for the ERJ Machinery Survey both for 2014 and 2013.

The Chinese tire machinery sector did slightly better than the global sector overall: sales among Chinese companies that supplied figures for both 2014 and 2013 increased by 11.4 percent to $1494.8 million.

Reviewing the data supplied by respondents to the ERJ survey, China represented 18.5 percent of the world market for tire & rubber machinery in 2014, compared to 17.9 percent the previous year.

The robust year-on-year growth recorded sales suggests continued momentum in the market for, at least, most of 2014.

On the other hand, China was identified as the most buoyant market by suppliers of rubber and tire equipment – being listed, along with North America, by 48 percent of respondents as strongest growth regions for business in 2014.

From a European perspective, Italian industry association Assocomaplast and German trade body, the VDMA both cited a decline in China as one of the factors behind a fall in exports among member companies in the plastics and rubber machinery sector.

Globally, machinery makers benefited from the strength of the tire and automotive industries, with over half of replies identifying these as sectors that were performing well. The increased positivity from these sectors also extended to suppliers of general rubber goods.

Uncertainty, however, seemed to be feeding through to investment plans with 44 percent of respondents planning to expand their operations compared to 61 percent a year ago.

There is a better flow of new-build projects coming through the pipeline, perhaps reflecting the market vagaries that often occur in the time between the sanctioning investments and them coming on-stream.

Leading Chinese manufacturer Mesnac Co. Ltd said it will maintain its high level of investment in R&D, which represented 6 percent of sales revenue in 2014, and recruit international experts and talents to join its team.

Mesnac has also signed recent agreements for the development of new technologies around automation and drives technologies with Siemens and Bosch Rexroth respectively. The target, said the company, is to make “breakthroughs on key technological projects that are closely related with product quality, sustainability, ergonomics, etc.”

Link-ups with established Western suppliers are also on the agenda as evidenced by Qiangdo Doublestar partnership with HF.

In 2014, the HF group announced its partnership with Qiangdo Doublestar to produce truck tire presses in China. The deal is intended to help the German group deliver orders for PCR curing presses from Chinese and other tire manufacturers which invest in China.

“The truck tire curing press partnership with Qingdao Doublestar in China is a step in this direction to feed the Chinese market demand and serve the Chinese customers better,” said Joern Seever, director of HF Curing Press.

Seever went on to explain that the change from mechanical to hydraulic curing presses was ongoing for truck tire presses, adding that the switch supported the partnership with Qingdao Doublestar.

There is, meanwhile, evidence of increasing technical prowess among Chinese equipment suppliers.

For instance, Shandong Wantong Mould, a maker of radial tire segmented moulds based in Dongying, Shandong, has developed new technology after a year’s research to make its moulds lubricant-free.

“The test results are great and we’ll unveil the technology after the patent is granted,” said the company’s head of technical department Zhang Canwei to ERJ at China Ruber Expo 2015 held in Guangzhou, Guangdong.

The company has also developed a typesetting and CNC programming software for printing brand names, specification and the likes on tires. “It would take a week of manual labour to do this work, but with our software it’s a one-day job,” said Zhang.

“We are the only Chinese firm that has developed such software, and as far as I know only a handful companies in Germany, Korea and Japan has similar products,” Zhang added.

The software, perfected over a decade with the latest version launched in 2014, is currently only used by domestic customers, but the company is looking to expand into overseas markets.

Eray’s technology had been used in making semi-steel radial tires by Sailun Jinyu Group in 2013, and the project with all-steel tires started in 2014.

According to Eray, electron beam pre-curing can activate macromolecules in the feedstock and generate free radicals, crosslinking carbon-carbon bonds and forming a three-dimensional structure.

The technology is said to significantly enhance tire physical mechanical performance. In one tire model, the qualification rate in terms of uniformity is raised by 33 percent, and indoor durability test achieved a 19 percent improvement, said the company.

Several large Chinese tire makers present at the inspection including South China Tire & Rubber have shown interest in the technology.

Note: This article first appeared in the July/August issue of ERJ.