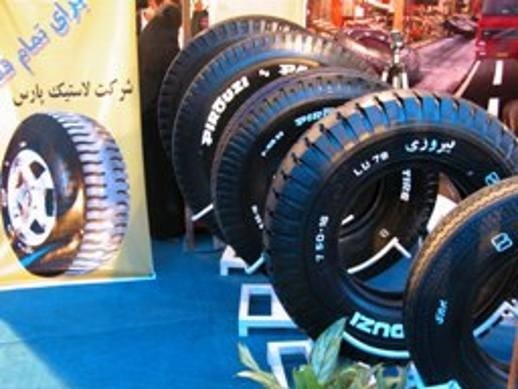 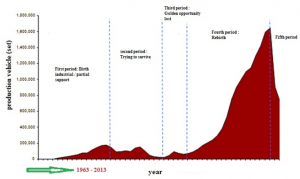 London – A nuclear agreement between Iran and the West has been welcomed by industry leaders in the country and can be good news for the tire industry in the Persian Gulf state too.

The deal, which was struck in Vienna between the Iranian negotiating team and a team of diplomats from the US, UK, France, Russia, China and Germany (the so-called 5+1) on 14 July, envisages the lifting of all economic sanctions against the Islamic Republic.

The removal of sanctions could lead to a rapid revival for the country’s oil and gas industry as well as within its once-booming automotive sector.

According to Iranian tire industry expert and head of R&D at Iran's Pars Tire Company, Hooman Tootoonchi , with the combination cheap and readily available oil and a growing population hungry for mobility, Iran’s tire sector is set for accelerated growth over the next 10 years.

“Our country’s need for tires is currently 330,000 tonnes [a year], of which 230,000 tonnes are supplied by internal companies and 100,000 tonnes supplied through imports,” according to Tootoonchi.

It is predicted that our need for tire will reach 800,000 tonnes in 2025, notes Tootoonchi, adding that the demand will require new investments in this industry.

The growing Iranian market has however been rather closed to foreign players with Chinese tire makers slowing finding their way in.

Iran’s tire imports increased by 23 percent during the years 2006-2010, with China as one of the top exporters to the country.

“Now the share of Chinese brands in Iran’s tire market is about 30 percent for light tires and 60 percent for heavy tires,” according to the secretary of Iran’s Tire Association Khosrow Mahmoudian.

Speaking at the 12th Iranian Tire Industry Conference in February, Mahmoudian said that the import of passenger tires jumped by 151 percent in the first three quarters of year ending 20 March 2015, adding that most of the imports were from china.

This is while Iran’s domestic tire production only grew 15 percent during the same period.

Nearly a decade of sanctions and lack of investment in research will mean that Iran is very likely to open its doors to quality brands to bring some technology home.

Tootoonchi believes that Iranian tire industry has potential to roll with young work force and a strong supply of raw materials locally.

“Iran is a big country and its main means of transport is roads, at least about 50 percent of raw materials is supplied internally and there is a proper connection between tire sector and its upstream and downstream industries,” adds Tootoonchi.

As an active market for production and sales of cars and due to its low costs and proximity to the Middle Eastern market, Iran can be an ideal place for new investments, he concludes.