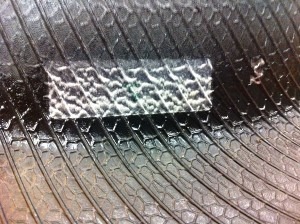 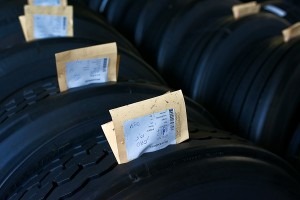 London –  The United Arab Emirates (UAE) will require all tires imported into the country to carry RFID tread labels from June, accordign to a supplier of the product identification technology.

The regulation is being introduced despite concerns from major tire manufacturers, including members of the European Tyre & Rubber Manufacturers' Association (ETRMA).

Bridgestone and other ETRMA members are seeking clarification from the UAE government about certain requirements regarding the use removable RFID labels on tires, said a spokesman for the Japanese tire maker.

"An amendment to the current regulation to clarify such implementation items and thus allowing a proper compliance, is still awaited," said the Bridgestone spokesman, who also called for  the application deadline to be "revised accordingly".

According to Jos Uijlenbroek of Dutch technology company Ferm RFID Solutions, however, the UAE regulations will be effective starting on 1 June.

From that date, all tires supplied in the UAE will have to carry an RFID tread label, insisted Uijlenbroek, adding that his company is already producing these labels for suppliers in the UAE market.

As part of efforts to help tire makers to supply into the UAE, Ferm has established a partnership with Avery Denison Material Group to commercialise a technology enabling RFID tread labels to be applied onto the tire.

The UAE requirement, said Uijlenbroek, is intended to improve driving safety in the UAE; stemming the flow of low-quality, counterfeit tires coming into the Emirates, where road-holding can be impacted by temperatures in excess of 50 degrees C.

Ferm, which specialises in RFID solutions for the tire industry, has also developed an integrated RFID tag that can be vulcanised inside the tire.

The Zaltbommel, The Netherlands-based company, said Uijlenbroek, is currently testing this ‘vulcanising tag’ with some major tire producers.

“There is no such technology in use in the tire world right now,” claimed Hans Eichenwald, senior product manager, materials group Europe at Avery  Dennison. The label, he said, allows tire makers to identify every single tire on a unit-by-unit basis and can trace each tire back to the manufacturing  process.

Readings, added Eichenwald, can be taken from up to nine metres away and do not require a line-of-sight. This make it also possible to do mass-readings, for example during storage in the warehouse.

The technology, he added, allows tire makers to identify every single tire on a unit-by-unit basis and can trace each tire back to the manufacturing process.