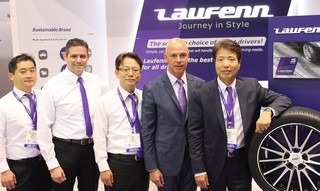 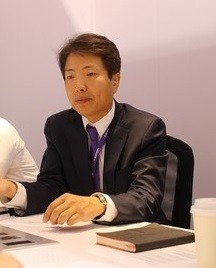 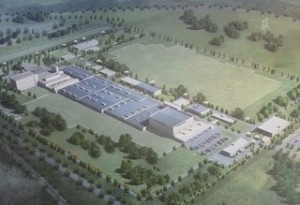 Las Vegas – Hankook Tire America Corp. is counting on the start of production next year at its Clarksville, Tenn., plant to help energize efforts to expand its OE presence in North America, especially with some of the Japanese transplant factories, executives told ERJ’s sister publication Tire Business in an interview at the recent Specialty Equipment Market Association (SEMA) Show in Las Vegas.

Noting that Hankook has been supplying a number of premium OE car makers for a long time, Jae Bum Park, senior vice president, said, "Next year we are going to beef up our supply to Japanese makers,…so our performance in the OE sector will be transformed to [the] replacement market...."

Hankook expects the Clarksville plant to be up and running by the first quarter, Park said, and ramp up steadily by 2018 to the rated capacity of 16,000 units a day.

The $580 million factory's output is expected to generate approximately $500 million in annual sales revenue at full capacity, the company said in its second quarter financial statement, and provide Hankook the resources to boost its OE sales, especially in the premium sector.

Hankook reported $1.4 billion in sales in North America in 2015, and revenue through the first three quarters of 2016 was running 28% ahead of that, despite a 10% drop in the third quarter, according to the parent company's quarterly earnings report.

Looking ahead to 2017, Hankook sees a tough market, although one with opportunities.

"The estimation is the market is not going to grow much," said Shawn Denlein, senior vice president for Hankook for the past four years.

"For us, it's exciting because the [Clarksville] plant will be producing product in the first quarter of next year. We have new OE fitments, we have a number of projects in place for next year," he said without going into detail.

In addition to solidifying Hankook's OE position in North America, the new factory will allow Hankook to improve relations with its key aftermarket customers, Denlein said, even in a no- to low-growth market.

"I think frankly we are in a good position, because we have the plant and we will be able to meet the needs of the dealers much quicker than we are now," he said.

"…I think that gives us an advantage over a lot of other people currently."

Denlein elaborated, saying having domestic production will affect Hankook "in terms of speed of delivery, in terms of being able to meet [customers'] demands…. It just puts us in a really good position in a flat market."

As for the Laufenn brand, Denlein said the brand is exceeding Hankook's goals.

"We are very happy with Laufenn in terms of sales goals, points of sale, dealer reception, quality of product," he said, adding that the Hankook brand is on target as well.

Launched in late 2014, the Laufenn brand is Hankook's offering for consumers seeking value and quality at affordable prices and is symbolic of Hankook's vision for growth in the global automotive market, the company said.

"The significant success of the Laufenn brand in just two years demonstrates the market appeal for a high-performance global tire brand that meets the needs of sensible drivers," Hankook Tire America President Hee Se Ahn said in a company statement.

Hankook sources the Laufenn brand from its factory in Bekasi, Indonesia, thus avoiding the elevated import duties the U.S. imposes on consumer tires from China.

Denlein noted that adding the Laufenn brand "has brought us new dealers that we just couldn't penetrate for a variety of reasons.

"It's a full line so it's really complemented us," he added, "and it hasn't eroded in terms of the Hankook business at all. That was a worry for us...."

Launching Laufenn was part of Hankook's strategy to strengthen the Hankook brand into more of a premium brand.

Is that actually happening?

"We are seeing movement," Denlein said, noting that the cumulative effect of the company's efforts — such as opening the "Technodome" global research and development center, engaging in sports promotions like Major League Baseball and the National Basketball Association and moving upscale in OE — is affecting customers' perceptions.

"...we are starting to see ourselves, dealers start to recognize us as a premium brand, moving out of that tier," he added.

During the recent inauguration of the Technodome R&D center in South Korea, company officials said one of Hankook's goals is to expand global production capacity to 130 million tires, which would necessitate at least one new plant.

Among the potential locations mentioned are Mexico and Brazil.

"Actually it does make sense to build a plant in Mexico," Park said, "because there are a lot of OE makers planning to build their products there. But...it's not decided yet."

Hankook supplies original equipment tires for Mexican car factories from its plants in Korea, he noted, but said the Clarksville plant could become part of that supply solution as well, temporarily at least.