Miller brings expertise to LWB operation in US 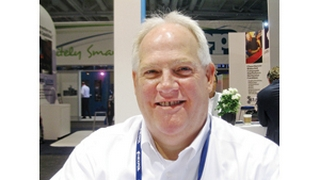 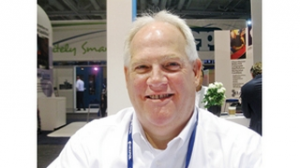 Cleveland, Ohio —Working in the rubber and plastics engineering and molding industry for more than 25 years, John Miller has established himself as an innovator.

LWB Sales and Service is the US subsidiary of LWB Steinl GmbH & Co. K.G., the Altdorf, Germany-based manufacturer of vertical and horizontal rubber injection presses.

In a news release, LWB praised Miller and his contributions to the rubber industry. His pioneering work in wasteless and flashless moulding—combined with his acumen and experience—created rapid growth and market dominance for every company that employed him, LWB said.

Flashless molding, Miller said, means using the least amount of material in making molded goods, in turn reducing prices dramatically to buyers of those goods. At LWB, the main products today are the company's Performance Series presses, which use LWB's proprietary EFE technology.

“The EFE system utilizes an injection unit capable of reducing cure times by up to 50 percent,” he said.

LWB's future plans are focused on its customers, according to Miller. “We plan to expand our service department—most likely at another location—and offer extended service for press rebuilding and automation,” he said.

LWB also is expanding its offerings through acquisitions, he said. Recent LWB purchases include Prodicon International S.r.l., a Milan-based provider of customized equipment to the rubber industry. Prodicon specializes in batch-off units.

In addition, it recently bought Drei Bond GmbH, a Munich-based maker of adhesives and sealing materials for automotive and industrial applications.