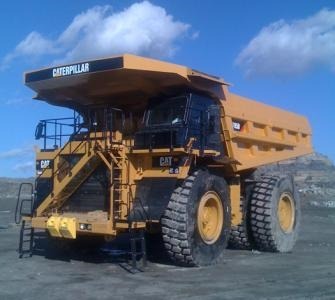 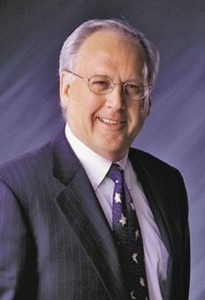 Quincy, Illinois – Titan Tire Corp. plans to lay off about 130 employees at the firm's Bryan, Ohio, plant and another 150 workers at various factories in Europe over the next few months.

It will begin laying off workers at the Bryan facility, which produces off-the-road tires, on 8 Feb and the firm is negotiating with various union and agency officials in Europe to determine when that round of cuts will begin. Some supervisors probably will be among those being laid off, according to CEO and Chairman Maurice Taylor Jr.

He cited weak market conditions in the off-the-road tire market as the prime reason for the cutbacks, which at the Bryan plant, at least, are expected to be temporary.

A subsidiary of Titan International Inc., the company's latest layoffs aren't being forced by the downturn in the coal mining market, he said. Other plants within the Titan group made cuts within the last two years in response to the decline in the mining business, he noted.

Its latest round of cuts ties in with the faltering construction and related markets. “We've had two down years, but I expect business to be a little better in 2016 than in 2015,” Taylor said. “When the market is off for two years, the third year is usually flat ... and then we grab market share and move up. So I do expect business to pick up or at least be flat this year. That all depends on market conditions.”

While most of the layoffs are expected to be temporary, it is likely they will last at least six months, Thomas Ort, operations manager at the Bryan operation, said in a 9 Dec worker adjustment and retraining notification to the bureau of employment and training programmes within the Ohio Office of Workplace Development.

He also said the layoffs depend on the market, and if market conditions don't improve, he said some layoffs could become permanent.

Taylor does not anticipate that will happen. “We're making the layoffs to keep our head above water in the US and Europe. We still have over 2,000 employees.”

Workers covered by the Bryan factory's collective bargaining agreement with the United Steelworkers Union will have bumping rights – the right to take the positions of junior employees if their own jobs are eliminated.

A positive change at the plant could be made this year or next, Taylor said. Titan Tire might add low sidewall tires to the manufacturing mix at the complex, he said, although a final decision has not been made on the addition. LSW tires feature a larger rim diameter and smaller sidewall than standard tires.

Titan Tire has owned the Bryan facility since August 2006 when the firm purchased it from Continental Tire. The plant has been through its share of labour unrest, including a company lockout in December 2010 that affected workers at Bryan and two other facilities in the US.

After losses in the third quarter of 2014, Taylor said the company was working with the USW to realign the Bryan plant to improve profitability. He did not disclose further details.

While some of its US and European factories have been negatively impacted, other parts of Titan Tire are doing pretty well, Taylor said.

He cited the company's Russian and South American facilities, and the success of new products introduced last year in the US as examples of gains the firm has made.

During the last two years, Titan Tire has brought in a new management team who Taylor said has done a good job and has pointed the company in the right direction.

On a separate front, Titan International has plans to set up a pyrolysis system in the Fort McMurray, Alberta, oil sands through subsidiary Titan Tire Reclamation Corp. He hopes to have the facility operational in April.

The company will reclaim rubber, carbon black and steel from off-the-road tires and conveyor belting at the site. Titan Tire plans to use the carbon black by-product in its own tire production.