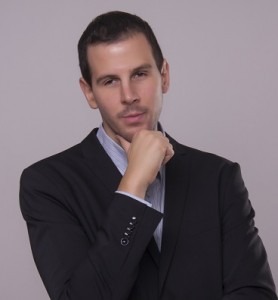 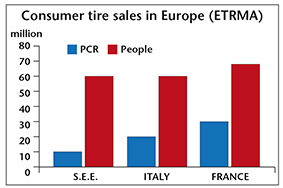 Based on article by Zivojin Sekulic of GAJ d.o.o, published in the November/December issue of European Rubber Journal magazine.

Today when almost every market is saturated, everybody is trying to find and define new emerging markets in which to develop their brands and grab market share.

In this regard, the south east Europe (SEE) region is attracting growing interest within the tire industry, particularly among Asian manufacturers seeking new routes into European markets.

The market of 60 million people is served by tire shipments into ports including Rijeka, Koper, Bar, Thessaloniki, Varna, Constanta as well as Piraeus in Greece, which receives the goods coming from China and forwards them to western Europe via a new a railway line to Budapest.

Comparing the number of tires sold in the SEE and number of people living there with the situation, for example, in Italy or France, shows that SEE has big potential for growth and can be defined as an emerging market.

Chinese tires are already prominent in the SEE market, among them brands such as, Doublestar, LingLong, Aeolus, Doublecoin, Triangle , Longmarch, GiTi, Roadmax and Westlake.

Asian tire producers see SEE as an attractive base for new facilities and plants to help increase market share and strengthen awareness of their brands.

Being closer to the EU also better positions them to win OEM contracts and become better recognised in the European market.

Among the main destinations for inward investment is Serbia, which has long tradition in the rubber and tire industries and is home to four tire plants – those of Michelin, Cooper, Mitas and Trayal, who have benefited from investment in the Serbian rubber industry.

Asian tire producers are also considering Serbia for investments in new tire plant projects, not least because this would enable them to reduce the time for transportation of tires from Asia to Europe.

Today it takes about 45 days to supply tires from a facility in China, whereas having a plant in Serbia could reduce delivery times to any part of the EU down to just one day.

There are also significant cost advantages on offer: European customers pay custom duties of 5-20 percent for tires from Asia, while tires made in Serbia would be free of such duties.

Another potential benefit is brand awareness, as tires produced in Serbia are considered as European tires, which do not attract tariffs placed by the US and some other countries on tires made in China.

*Zivojin Sekulic is account manager/consultant at GAJ doo, a Kraljevo, Serbia-based supplier of PCR, LTR, TBR and OTR tyres, among other products and services.