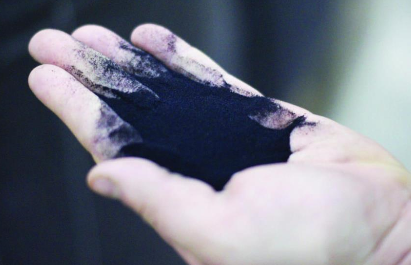 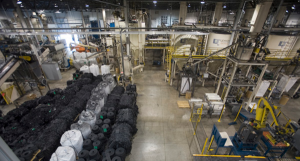 Lehigh Technologies is expanding its crumb rubber business outside the US with a plant currently being set up in Europe, and another one set for South East Asia, article from Sept/Oct issue of ERJ magazine.

Lehigh produces micronised rubber power (MRP), otherwise known as crumb rubber, mainly for the tire industry and is expanding its business further outside the US into Europe and Asia.

The technology uses separated rubber from end-of-life truck tires, freezes it with liquid nitrogen and then grinds in a turbo mill, down to mesh sizes from 40 to 200.

The company has been growing since it started in 2003 and aims to diversify its application of MRP in various industries.

“If you look back at 2009, we were selling to only two tire companies in one country and now we are selling to six of the majors in 18 countries of the world,” explained vice president and general manager Kedar Murthy.

Nearly 65 percent of Lehigh’s business is with the tire industry, with industrial rubber and asphalt making up much of the remainder.

But what differentiates Lehigh from other crumb rubber suppliers?

Typically, stressed Murthy, tire companies have been using crumb rubber by 2-3 percent in treads, sometimes up to 5 percent – the main challenge with using these types of materials is the impact on tire performance.

“But with some formulations we have developed, they’ve been able to use it up to 10 percent, which then leads to bigger cost-savings,” he added.

According to Murthy, the general cost saving could be considerable as the amount of recycled material increases.

“It is important to mention that our products are competing against the total compound, we are not replacing carbon black.

“So, we could potentially offer 25-30 percent saving in the cost of the compound – if you use the material at the rate of 5 percent.”

Lehigh has an applications development lab to do its own mixing, curing and testing of rubber compounds.

“We are able to show the tire companies that they can use up to 10 percent without sacrificing performance – equal rolling resistance, equal wear and equal physical properties.

“So, if the tire maker, which makes very large amount of compounds, were to add 1-2 percent extra to the mix, the performance is not going to be affected and they will be making a huge amount of saving,” he added.

Lehigh opened a European office in Barcelona in June and plans to open a manufacturing site in Navarra, Spain, early next year.

To date, in order to supply the European market, Lehigh has to import REACH-approved truck tire rubber from Europe, mill it in its US plant and send it back to Europe.

“An integrated process is in place in Europe. There, we deal with the whole tire and recycle it down to chips and MRP, whereas in the US plant, we start with the rubber that has already been separated from truck tires or post-industrial scrap, which means that all the fiber and metal has been removed,” Freixas explained.

Lehigh is also planning an expansion in Asia most likely in 2017.

“The expansion will most probably be somewhere in south east Asia. And following that, we will probably have something in China,” Murthy added.