Q&A: What next for the European tire manufacturing industry? 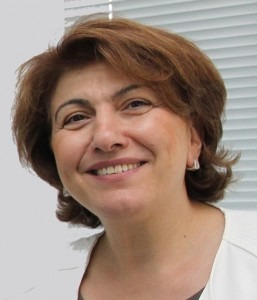 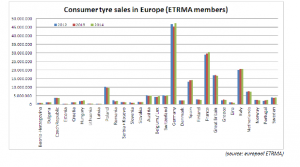 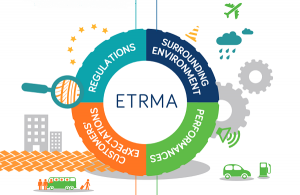 ERJ quizzed Fazilet Cinaralp, secretary general of the ETRMA (European Tyre & Rubber Manufacturers’ Association) on how European-based tire makers are responding to a range of challenges facing the market. The interview article appeared in our new European Tire Report - a supplement in the Sept/Oct issue of ERJ magazine:

ERJ: What would you describe as the core strengths of the European tire industry and how does the industry need to develop to maintain its position as world leader in design, development and manufacture?

The tire sector is a key enabler of sustainable mobility and safer road transport.  The core strengths of the European tire industry lie in its commitment to quality and to compliance. On the one hand, it has demonstrated, rather successfully, its readiness to contribute proactively to the European environmental agenda, such as vehicle CO2 and noise-emission reductions through tire technology; it has promoted extended producer responsibility for end-of-life tires collection and treatment.

On the other hand, tires being the only contact point between the vehicle and the road and, given the fact that tires make a critical contribution to road vehicle performances, the commitment and contribution of the tire industry to road safety through continued investments in research and innovation has been fundamental. Advanced winter tire technology and extended mobility technologies are just some of the most recent examples.

ERJ: What are the main threats facing the tire industry in Europe to 2030?

FC: I could quote few of them:

• Not being competitive globally due to high transportation, energy and, manufacturing costs, as well regulatory compliance costs

• Being first movers to face stricter regulations – without necessarily benefiting from that advantage because of numerous technical & non-technical barriers in accessing third markets;

• Continued lack of awareness of proper tire maintenance by the drivers

The European agenda 2030 will be dominated by environmental priorities (such as further CO2 and noise reductions, circular economy and resource efficiency targets), societal challenges (which include road safety, access to skilled workforce, anticipate structural changes due to digitalisation and autonomous driving) and its international ambitions.

ERJ: How happy are you with the progress being made on tire labelling in term of public awareness and regulatory enforcement in the EU?

FC: The tire labelling was a great initiative to help increase transparency of one of the most relied on products in the world but – for sure – the least known!

The transparency was also to foster competition in the market on performances which are measured the same way, rather than simply on the brands and/or the price!  For sure, the labelling hit the dealers but unfortunately public awareness is  not there yet. If we follow the example of the white goods, it took a decade before the label was recognised and became a decision-source.

The labelling is definitely a success also when you consider that the initiative is spreading all around the world. Often, Europe is the cradle for global tire regulations.

ERJ: How has the regulatory burden on the tire industry changed over the past year and is the playing field becoming more level for EU based tire makers?

FC: No.  The regulatory burden will continue to exert pressure on the European industry. This is true for the tire industry, too. Do we have a fair and level playing field in Europe?  Again I would say ‘no’. There is urgent need to provide the necessary technical, testing and financial resources to Market Surveillance Authorities and secure a better coordination with the Customs Authorities. There is, however, some positive attention building up within the European institutions.

The mere existence of a Better Regulation portfolio (with the vice president Frans Timmermans) is a clear signal that Europe is getting the serious dimension of passing good laws, based on robust impact assessments, is as much important as enforcing them forcefully.

ERJ: What is the latest on moves to harmonise global tire standards and so free up trade between the different regions including the US

FC: You always want to strike a balance by having ambitious regulations without stifling innovation and it is not so easy to introduce harmonised regulations among the US, China, Europe, Japan, and all other countries with their own specific tire markets.

You bring together the tire manufacturers, the vehicle manufacturers and the governments and then you discuss and develop reliable test conditions under sometimes differing road and climatic conditions – not to mention (bias, radial) tire design. With the GTR on tires – that is currently developed under Geneva-UNECE WP29, the global harmonisation is the aim for the US and Europe and all other markets because the tire market is a world market.

ERJ: But are all stakeholders moving at the same pace in taking this process forward?

FC: In order to have fair competition, it is reasonable to have one worldwide-harmonised standard. However, the process is fairly slow and tire regulations have evolved and several new prescriptions have been added in respective regions, in the meantime. Therefore the regulators have to bring up-to-date the GTR and then assess thoroughly the how to and the impact of its transposition into national law. Let us not forget also, that so far the GTRs do not cover administrative provisions, nor harmonised type approval marking, which is certainly a major hurdle in the process.

Another threat comes also from divergent ways to implement some regulations. Let us take the example of tire labelling: thresholds of grades may be different, which can lead to small differences, maybe not so important for the local customers, but which are a true nightmare for the supply chain of tire manufacturers when an industrial site sources from various geographic zones.

ERJ: The ETRMA quarterly market reports are increasingly noting a rise in Chinese imports to Europe but there is no sign of a flood being caused by US tariffs. What is your reading of the current situation and what might happen in 2016?

Regarding the US duties on passenger and LT tires, we do not observe yet a flooding of Chinese tires into EU – in those two segments. However, on a different segment, MHCV tires, we observe a significant increase of cheap truck tires mainly from China imported into EU.

According to Eurostat data –LMC analysis, EU MHCV tire replacement sales grew by 5.1 percent during the first half of the year, with the strong growth in Chinese imports. EU retreaded tire sales fell by 10 percent, replaced by Chinese imports due to their lower price.

We will continue observing and assessing the impact of these imports on the new tire business, as well as retread tire business – which seems to be at an immediate threat. There is less and less good casings to be retreaded – usually the cheap Chinese tires are single-life tires, the retread plants are working at very low capacity levels and some companies have announced plant shutdowns.

This situation is being watched very closely by the European member states. As I indicated above, jobs are intimately linked to growth perspectives. The retreading industry employs directly about 10,000 people in the EU – mainly in SMEs, and many more indirectly (material suppliers, collectors,...).

ERJ: Are there any other points that you would like to make about the tire market in Europe and worldwide going forward?

FC: I believe the main problem today is the divergence between the different markets.

On the one hand, the world market: it is increasing dramatically, and worldwide vehicle production is still increasing. There are a lot of new regions and emerging countries, which have a high demand for tires and a high cost pressure as well.

On the other hand, we have the European market: it is falling, but in this falling market there are very high requirements. Indeed, tire performance levels are required concerning wet-grip, tire-rolling resistance, tire-rolling noise, endurance, and it is a technology challenge for the tire manufacturers to have a good compromise for all these requirements.

And this is another compromise for the tire manufacturers: an increasing market worldwide which requires relatively cheap tires in order to enter new markets, emerging countries with sophisticated administrative and technical barriers preventing market access and, a European market requiring very sophisticated and complex products which are open to fair competition.

Provided the authorities take seriously the surveillance of their respective markets, the European tire industry is at risk to continue investing in technology, testing, advancing on road safety without securing a fair level playing field, here and outside Europe.

By 2030 in Europe, higher expectations on tire performances will increase innovation to deliver on products, services, and company performance expectations.

These include having lower rolling resistance, tires producing less noise, guaranteeing the same quality alongside improved sustainability performance, increased durability, lower weight, use of sustainable materials (circular economy), delivering more added value for the same price and being more recyclable – all these improvements in addition to the current high demands.

ERJ: Finally, what’s next on the agenda for the industry?