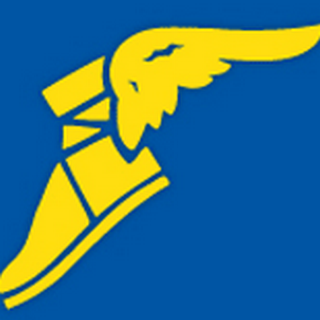 Phoenix, Arizona – Goodyear must pay an Arizona family more than $2.7 million (€2.46 million) in damages and also tell plaintiffs in future cases how a federal judge found the tire maker had acted in bad faith.

This was the determination of the US Court of Appeals for the Ninth Circuit 20 July, in Goodyear's appeal of a product liability case first filed in an Arizona federal court in 2005.

The district court did not abuse its discretion in finding that Goodyear acted in bad faith, or in awarding both monetary and non-monetary damages, wrote Ninth Circuit Judge Milan Smith Jr. in the majority opinion.

“The district court's imposition of non-monetary sanctions against Goodyear was balanced, narrowly tailored and imposed no sanctions beyond what was necessary to remedy what the district court perceived as an ongoing problem in Goodyear's litigation,” Smith wrote.

Judge Paul Watford dissented. He agreed with the majority on the allegations of misconduct against Goodyear, but would have vacated the monetary damages.

The genesis of the case was a 2003 accident involving the failure of a Goodyear G159 original equipment tire mounted on a Gulf Stream motor home. Leroy Haeger, his wife Donna, and children Barry and Suzanne were injured in the crash.

On April 24, 2010, the first day of trial in the Haeger case, Goodyear and the Haegers announced a settlement. However, in February 2012, the district court proposed sanctions against Goodyear, Hancock and Musnuff, accusing them of failing to produce relevant testing data and then lying about that failure.

“Without having the relevant information in their possession due to the sanctionees' deceit, the Haegers apparently settled for a small fraction of what they might otherwise have done,” Judge Smith wrote in his decision.

In a 66-page document issued 8 Nov 2012, Judge Roslyn Silver of the Arizona district court sanctioned Goodyear and its attorneys, Graeme Hancock and Basil Musnuff, charging them with deliberately withholding documents in the Haeger case.

Silver ordered Goodyear and the attorneys to pay more than $2.7 million in attorneys' fees and costs to the Haeger family, and also ordered Goodyear to file a copy of her decision with any court considering a case involving the G159 tire. She did, however, rule that Goodyear could petition the Arizona court to be excused from this requirement on a case-by-case basis.

“Goodyear and its attorneys developed a strategy, implemented in this case to great effect, to resist all legitimate discovery, withhold obviously (italics Silver's) responsive documents, allow plaintiffs and their experts to operate under erroneous facts, disclose small subsets of documents as late as possible, and otherwise turn this case based on a motor vehicle accident into an Arizona version of Jarndyce and Jarndyce,” Silver wrote.

Jarndyce and Jarndyce was an endless court case created by Charles Dickens in his novel, Bleak House.

Regarding the appeals court decision, Goodyear issued a one-sentence statement: “We are disappointed with the decision and are considering our options.”