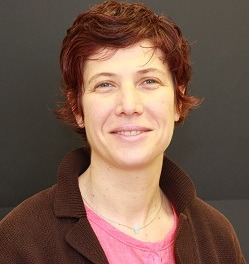 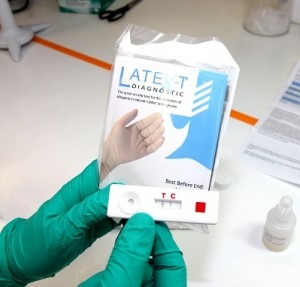 Nuremberg, Germany – Natural rubber latex, due to its several hundreds of proteins, has been identified to have 13 allergens and is held responsible for Type I (immediate-type) allergy.

With the widespread use of natural rubber in gloves for the medical industry and healthcare, allergy tests are becoming increasingly important in labs to avoid skin irritation.

“The latex is generally a very complex compound in terms of proteins, so if you do a general assessment to monitor the allergens, it is not very specific,” she said at the TARRC stand at the DKT exhibition held in Nuremberg, Germany on 29-2 July.

“So this kit that we are developing can determine two of the major allergens,” she said, explaining that the product is still at a “trial stage” and being validated.

According to Di Cola, the test kit has so far proved popular among glove producers and other product sectors, both in Asia and Europe.

“At the moment, this product is experimental and we are exhibiting here because we want to see the response to the product and see if there is interest.

“We already exhibited in Malaysia at two shows and received the Malaysian ITEX [Innovation & Technology Exhibition] gold medal. So this is an award-winning product,” she added.

One particular market for the product is glove distributors, as the quick test can verify allergens on the spot.

“We have received a lot of interest from glove distributors, especially those who are based in Europe,” explained Di Cola.

“[That is] because they import gloves from industries in Thailand, China and other parts of the world and repackage them in Europe. But they would like a kit that allows them a quick kind of test,” she said. “With this kit, anybody can do it and you won’t have to ship the cargo to a dedicated lab to be tested.”

But with glove producers generally having their own way of testing their products and their own labs, finding a place for the product at these companies could be more difficult.

“You need to convince them that they would be better off to move away from their old procedure to a new one,” said Di Cole.

Apart from being easy to use and portable and small, the kit is also claimed to have a price edge over its lab competitors.

Di Cole added that the product was still at a lab stage but had scope for further development to respond to more than just two allergens.

Major glove producers have their laboratories on site and this kit could make those labs obsolete, she continued, adding, however that the kid is still “not at that stage”.

“Actually, we have had a non-disclosure agreement with a top Malaysian glove producer regarding this product and we have already started collaborating with them,” she said. “Of course they have their own scientists based in their facilities who are trying our kit.”

The idea is for them to try the kit and give feedback or send TARRC samples to try, she said.

Another industry that has shown interest in the kit is the mattress business.

As opposed to glove producers, there are no well-structured testing procedures in place for the mattress industry and, therefore, the kit has proved popular among mattress producers.